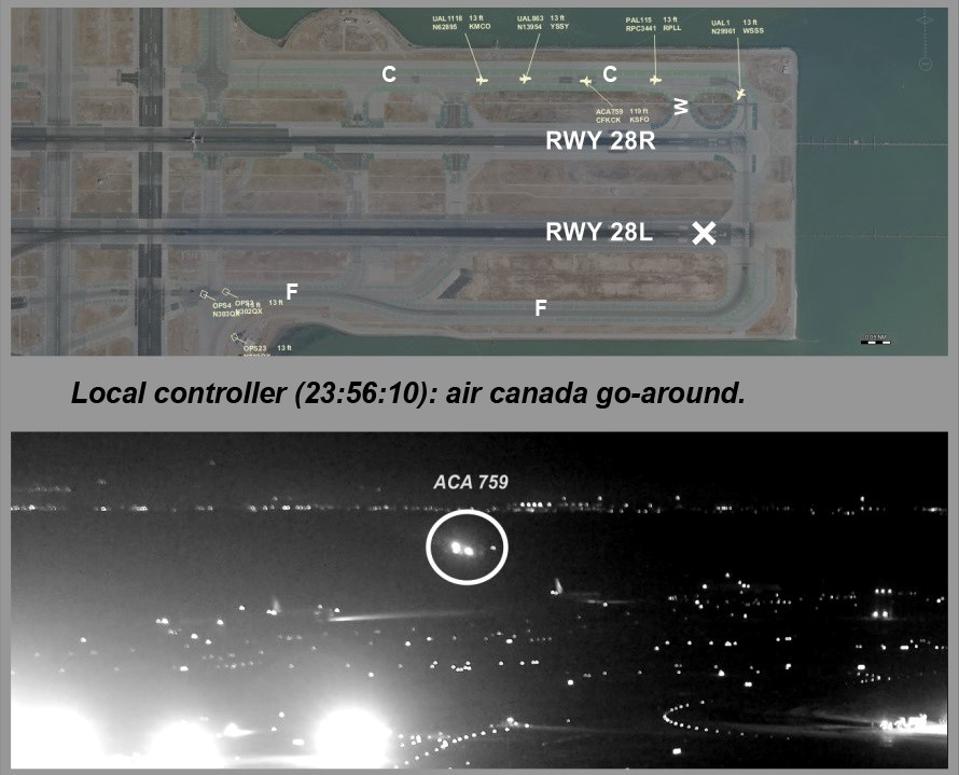 In its investigation into the Air Canada flight that came thisclose to triggering a multi airliner pile-up at San Francisco Airport last month, American safety authorities will try to determine why the Airbus A320 was over a crowded taxiway instead of an open runway awaiting the plane’s arrival.

But the National Transportation Safety Board should also examine why Air Canada didn’t notify authorities that Flight 759 flew within feet of creating a chain-reaction disaster of historic proportions.

This is not just a procedural question. Air Canada’s silence allowed the recording from the cockpit voice recorder to be taped over by subsequent flights. The CVR contained information critical to the investigation.

“It’s not clear whether there has been an attempt to cover up an incident,” said Jim Hall, the former chairman of the NTSB and now a safety consultant in private practice.

Without a doubt, the event was pants-wetting for the pilots who were on the taxiway watching incredulously as the Air Canada airliner approached dead ahead.

“Where’s this guy going?” asks one of the pilots of United Airlines Flight 1, a 787 at the head of the line awaiting departure to Singapore. The crew of the plane behind, Philippine Airlines flight 115 headed for Manila flashes its landing lights in an attempt to signal the Air Canada crew not to touch down on top of them.

Before the engines responded to the Air Canada crews’ go-around attempt away from the line of airliners the Airbus was just 56 feet off the ground, just one foot, we’re talking 12 inches, above the highest point of the next Dreamliner in the line.

Nevertheless, it took two days before the safety board was notified. Even then, it was not the airline but the Federal Aviation Administration who rang up the investigators.

“It’s disturbing,” Hall told me of the delay. In his opinion, the FAA and Air Canada had an obligation to report it.

Citing the ongoing investigation, Air Canada declined to talk about its decision. But Keith Holloway, a spokesman for the NTSB referenced the federal regulations in explaining, “the operator was not required to make a report to the NTSB.”

Literally speaking Holloway may be correct. The case of a plane almost landing on a taxiway falls short of the requirement that applies to planes that actually land there.

And it comes close but not close enough to the case of pilots who must take corrective action to avoid a collision because once again that rule applies to planes that land. Air Canada flight 759 did a go-around.

This parsing of the rules may benefit the interest of the airline, by effectively allowing the destruction of valuable information about what led up to it.  It doesn’t serve the flying public, Hall says because aviation safety relies on looking “at misses in order to prevent accidents.

“Once you get into the weeds we all know who lives in the weeds; people who are trying to cause problems and cover up.”

That no one was killed or even injured can be called a miracle. But the reasons for the near catastrophe are grounded in clues the investigators must find and analyze. Air Canada’s silence means the NTSB no longer has the benefit of what was probably the most illuminating information about what went on in the cockpit that night.

Why that is the case, surely ought to be part of the probe.