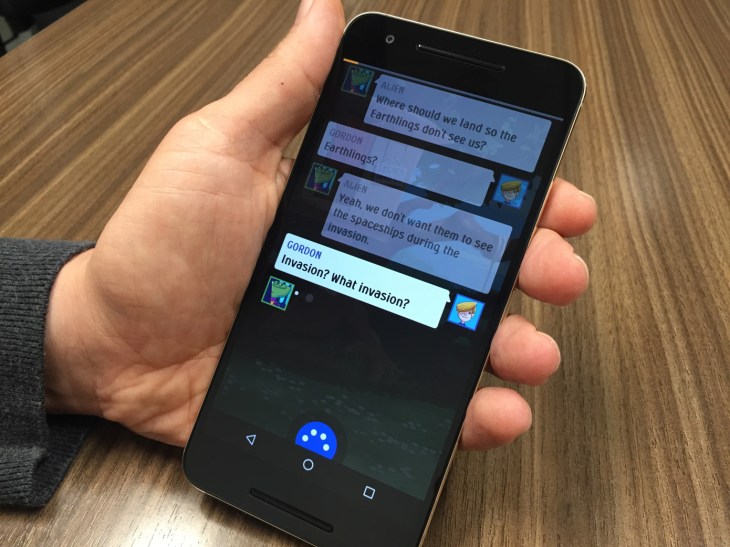 Amazon Rapids, the chat fiction that encourages kids to read by presenting stories in the form of text message conversations, is now going free. Previously, Amazon had been charging $2.99 per month for a subscription that allows unlimited access to its story collection, which now numbers in the hundreds.

First launched in November 2016, Amazon Rapids was meant to capitalize on kids’ interest in chat fiction apps like Hooked, Yarn, Tap and others, which tend to cater to a slightly older teenage crowd. Amazon Rapids, meanwhile, was the schoolager-appropriate version, without the swearing, alcohol, sex and yeah, even incest references you’ll find in the Hooked app, for example. (Yuck. Delete.)

Instead, Amazon Rapids’ stories are aimed at kids ages 5 to 12 and generally just silly and fun. They’re not meant to addict kids through the use of cliffhangers and timeouts, nor are they scary.

Some of the app’s stories also serve as crossovers that helped promote Amazon’s kids’ TV shows, like “Danger & Eggs,” and “Niko and the Sword of Light.” These were authored by the shows’ writers, allowing them to extend the show’s universe in a natural way.

In addition, the app included educational features like a built-in glossary and a read-along mode to help younger readers.

However, the app wasn’t heavily marketed by Amazon, and many parents don’t even know it exists, it seems.

According to data from Sensor Tower, Amazon Rapids has been installed only around 120,000+ times to date, three-quarters of which are on iOS. (Subscription revenue goes through Amazon, not the app stores, so the firm doesn’t have a figure for that.)

Amazon Rapids is ranked pretty low on the App Store, at No. 1105 for iPhone downloads in the Education category, and No. 1001 on iPad. The highest it ever reached was No. 65 on iPad.

Oddly, it chose not to compete in the “Books” category, where the other chat fiction apps reside, as do the other non-traditional “book” apps, like Wattpad’s crowd-sourced fiction app, Audible’s audiobooks app, various comics apps, and others.

Amazon now says that the hundreds of stories in Rapids will be free going forward. Families can also listen to some of these stories through the Storytime Alexa skill, launched last summer, which includes stories from Amazon Rapids, along with others.

Given Amazon Rapids’ small user base, it’s clear that Amazon no longer believes it makes sense to try to sell subscriptions, and likely now sees its database of stories as more of a value-add for Alexa owners.

That said, it’s unclear what this means for Rapids’ future development and story catalog, which may not continue to grow.

Update: Amazon tells us its immediate focus is not going to be on adding new content to Rapids, but on adapting its stories for the Amazon Storytime skill.

Monthly subscribers will no longer be charged and annual subscribers will be refunded for the remainder of the year. As a “thank you,” each customer will also receive a $5 promotional credit.