The giant candy and pet food maker MARS Inc has taken a big step in the right direction by announcing that it will soon begin construction of a massive wind farm in Texas that will produce enough clean energyto power all of MARS’ operations in the United States (they have 37 factories and 70 offices, so it’s a pretty big deal). This is one of many steps that the company has been taking as part of its ‘sustainable in a generation’ plan:

The wind farm will be erected near Lamesa, Texas, with 118 GE wind turbines (1.7MW each) producing annually about 800,000 megawatt-hours, equivalent to what it takes to power 61,000 U.S. households. This will be enough for MARS’ 37 US factories, and represent about 24% of their global factory and office carbon footprint. Hopefully they keep rapidly improving that number and reach 100% before their target date.

Regardless of whether you buy MARS’ products or not, it’s better for the climate to have them manufactured with clean energy than with dirty one, so this is clearly a ‘win’. It should also inspire other companies to do the same, so this move also has value as a potential catalyst.

Construction of the Texas wind farm will begin at the end of 2014, with about 10 turbines going up each week. It should be finished and fully operational by mid-2015. And to be clear, the wind farm will produce an amount of electricity equivalent to what they use across the US, it won’t be directly connected to all those offices. 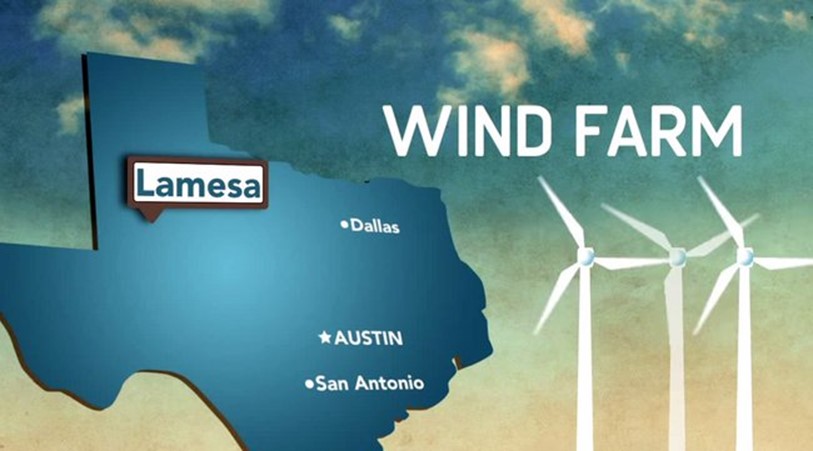 This is a bigger investment than the recent 98MW IKEA wind power announcement. Hopefully companies try to one-up each other with clean power; everyone would benefit from that!