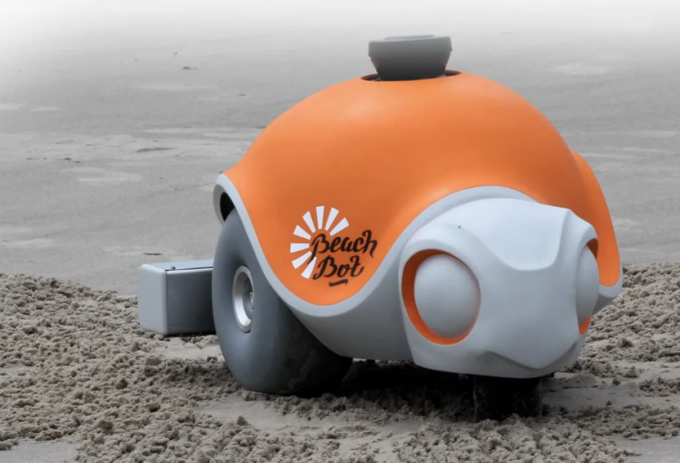 Look — I love my job. But damn do the folks at Disney’s research labs have a fun looking gig.

We’ve seen them build systems that let them 3D print impossible spinning tops, software to turn 3D models into massive parade balloons, and solutions for doing motion capture outdoors with nothing but a few GoPros.

Now they’re building robots that can draw sprawling pictures across the beach.

The robot — aptly called “Beachbot” — works by dragging a set of pins through the sand, sort of like a rake. Each pin is individually raisable, allowing the bot to draw lines of varying thicknesses. More pins down = thicker lines drawn.

The artist behind the robot starts a canvas by setting down poles, which the robot uses as markers to finely calculate its position. At that point, the robot can be passed an image file to draw automatically, or the artists can steer it manually.

The Beachbot moves on a set of large, soft wheels that Disney has dubbed “balloon wheels”, allowing it to move across the sand without leaving tracks or screwing up whatever it’s drawn previously.

Why? A) Because why not. and B) It doesn’t require much thinking to come up with practical uses for this, even just within the realm of Disney. Disney has beach resorts. People would flip out to wake up in the morning and see their favorite characters drawn in the sand outside of their room — and by lunch, high tide would come in and wash it away, prepping the canvas for a new drawing the next day.

This project, like a good number of Disney Research’s projects, was built in collaboration with Swiss engineering school ETH Zürich. 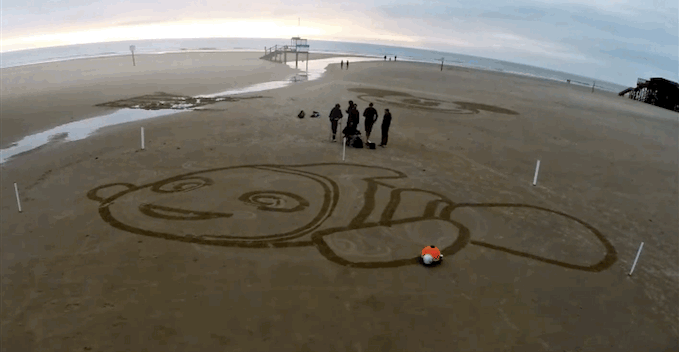