Google Voice, Gmail and Hangouts users will soon be able to make landline telephone calls free of charge to people in the US and Canada from anywhere in the world.

The search giant announced the news today on its Enterprise blog along with a host of updates to Hangouts, Voice and Gmail, which will be rolling out in the next few days. “We’ve heard loud and clear that you miss the ability to make calls from Gmail, so today we’re happy to announce it’s back – and better than before,” the post stated.

“Even better: calls to the US and Canada are now free from all countries where Hangouts calling is available. And international rates remain super, super low.”

Calls made from Google users in the UK to UK landlines currently cost 2.4p per minute.

In addition to the news of free calls, Google showed off the ability to add multiple landlines to a Hangouts call, along with the addition of more frivolous options, such as adding applause and other sound effects to calls. 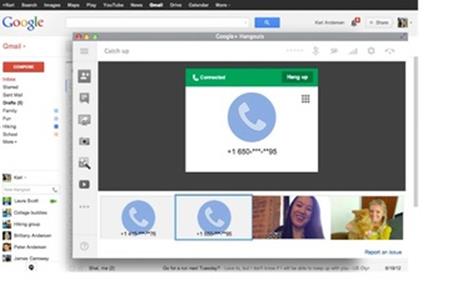 While this news may please many European users, Google is not in the good books of the European Commission, with demands being made of it to delete its unlawfully collected Street View WiFi data by the end this month. In addition, Google has claimed it has done a ‘pretty good job’ to alleviate the EU’s concerns over a lack of competition among European users.