Google Launches Drive For Work With Unlimited Storage For $10/Month

At its I/O developer conference today, Google didn’t just launch a completely revamped version of Drive. It also launched Drive for Work, a new version of Drive and Google apps for businesses that comes with a number of extra security features. The one feature most users will notice first, however, is that Drive for Work doesn’t have any storage limitations. 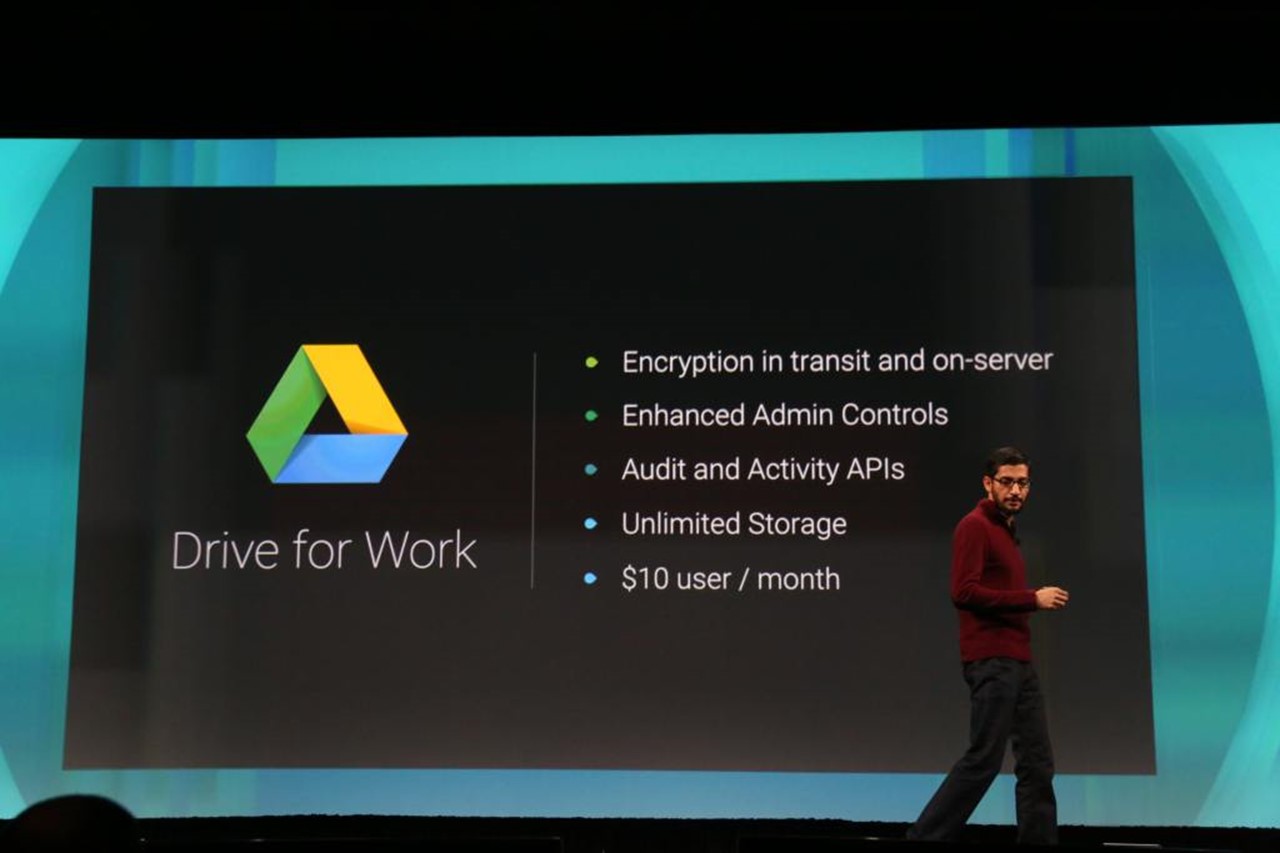 If you’ve followed along, this doesn’t come as a major shock. Google already reduced the price of Drive storage drastically earlier this year. As Google Drive’s director of product management Scott Johnston told me earlier this week, IT departments shouldn’t have to think about storage anymore, but as many services moved to the cloud, storage pricing was somehow left behind.

Now, with a $10/month/seat Drive for Work subscription, users won’t have to worry about that anymore. To clearly show that Google is serious about this, the team has also raised the maximum file size for uploads to 5 terabytes. Nobody in their right mind is going to upload a 5 terabyte file to Drive anytime soon, but if you feel like testing it out, be Google’s guest.

The regular Google Apps for Business account is still available for $5/month/seat, too, and users on those accounts will also get access to the new web interface and updated mobile apps.

While unlimited storage is the most eye-catching feature of Drive for Work, though, it also comes with a number of other tools that businesses have been asking for. Just like the current $10 Apps for Business plan, Drive for Work includes support for Google Apps Vault, for example, which allows companies to retain files and emails for compliance reasons.

The new subscription also gives companies access to the Drive’s audit features so they can track who accesses which documents and where they are shared. In addition, Google has launched an Audit API so that companies can create their own dashboards based on this data.

In a similar vein, Drive for Work also allows businesses to set more fine-grained access controls and lets them turn certain Drive features like sync on or off for different business groups (in case you don’t want your legal team to be able to sync files, for example).