Google plans to be fully renewable next year, and it will save on costs

Google, the largest corporate buyer of renewable energy on the planet, says it makes economic sense.

For six years, Google has aggressively purchased renewable energy to power the email accounts, searches, app downloads, video streams and other services that have become an integral part of daily online life.

In the process, it became the largest corporate buyer of renewable energy on the planet. Next year it plans to go one step further, ensuring that it purchases 100 percent of the energy it uses to power its entire sprawling digital empire from renewable sources. 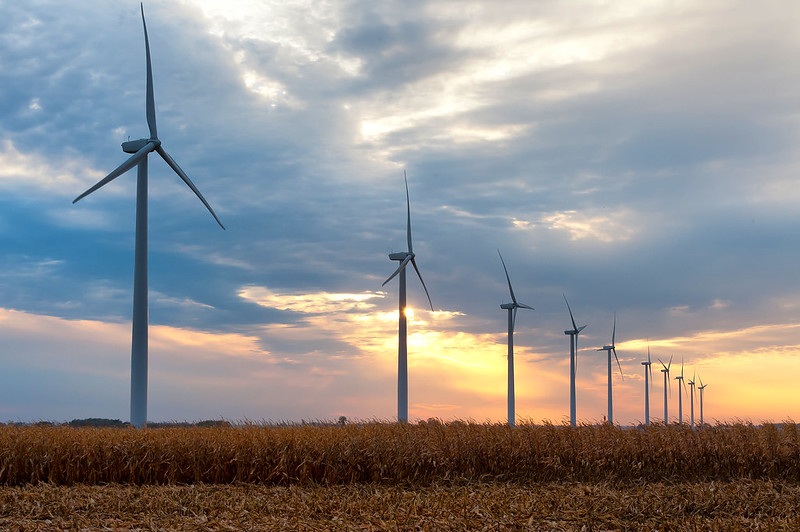 A wind farm in Story County, Iowa, where Google has a data center and made its first wind power purchase in 2010. Credit: Carl Wycoff/flickr

While Google has said it’s committed to be part of the climate solution, altruism isn’t the main reason for its renewable energy splurge. Buying renewable also gives Google a competitive advantage. In 2015, it consumed 5.7 terrawatts of energy, roughly the equivalent of all of San Francisco. The fluctuating cost of coal and gas can create unwelcome surprises for a company that is dependent on energy for its core business.

“Energy costs are the largest operating cost for our data centers,” Neha Palmer, the head of Google’s energy strategy, said. “There’s a perception that renewables can be more expensive and that’s just not the case.”

Since Google’s first renewable energy purchase in 2010 — a 10 megawatt deal with a wind farm in the heart of Iowa — wind power costs have dropped an average of 80 percent while solar has dropped 60 percent.

Markets in Northern Europe — where one of Google’s 15 massive data center operates — are designed to make it easy and cost-effective to purchase renewable energy because you can directly choose the supplier, Palmer said.

Outside of purchasing clean energy, Google has also focused on the part of the energy equation it has more control over: efficiency. Since 2010, the digital world has blown up. There are more people online watching more videos, streaming more songs and checking more emails. Data centers have to have all those things available as quickly as possible, which requires a lot of energy.

There’s a slight caveat, which is that Google won’t run entirely on renewables yet. It plans to purchase the equivalent of 100 percent of the energy it uses in the form of renewables through agreements with electric utilities, but the energy flowing to its data centers and offices isn’t solely from renewable sources. That’s due to a few factors, including the lack of 24/7 access to renewables and the reality that energy on the grid comes from a variety sources including coal and natural gas.

Google is just one of a number of companies pursuing more climate-friendly energy policies. Eighty-three large companies including Apple, Ikea and Facebook have committed to getting 100 percent of their energy from renewables (how they reach that goal remains to be seen).