Got A Team Distributed All Over The World? Teleport’s Tool, Flock, Finds You A Meeting Hub

The thesis behind Teleport, a new Andreessen Horowitz-backed startup from a group of early Skype alums, is that workers should be free to migrate to whichever city and country suits them best.

They’ve been slowly building out a suite of tools that help digital workers figure out where they can maximize their take-home pay after accounting for costs like housing and finding amenities that match a person’s preferences for quality of life.

Now they’re aiming at startups with teams distributed across the world with a new tool called Flock. 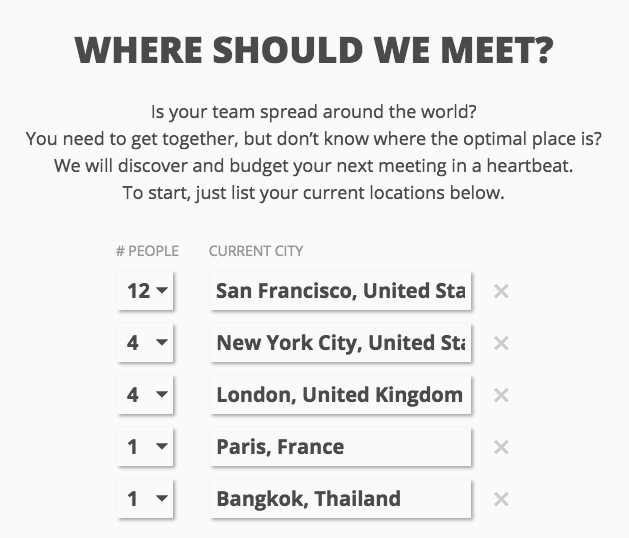 Just enter in where all of your team members are based and it will identify the most convenient and affordable place to have a face-to-face meeting.

Teleport is betting that an increasing number of companies are beginning with distributed teams from day one. As the cost of housing and office space in areas like Silicon Valley rises, it may not really make sense for founders to base their entire team here, especially if prospective hires have talent networks, families or communities elsewhere in the world.

While there are older companies like WordPress that have built entire systems and a corporate culture around distributed and remote teams, younger companies are starting to take heed as well. Danny Crichton wrote a column about two programs called RemoteYear and Hacker Paradise, that are catering to this digitally nomadic demographic.