Microsoft to Buy LinkedIn for $26.2 Billion

Microsoft said on Monday it was acquiring LinkedIn in a $26.2 billion cash deal.

The companies said that Microsoft had agreed to pay $196 a share to buy LinkedIn, a business social networking site that has more than 400 million members globally.

“The LinkedIn team has grown a fantastic business centered on connecting the world’s professionals,” Satya Nadella, Microsoft’s chief executive, said in a statement.

LinkedIn shares had fallen by nearly half since a peak of almost $260 a share last fall and ended trading on Friday at $131.08. 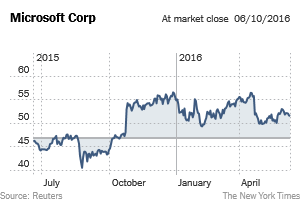 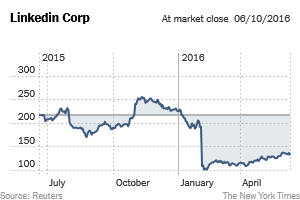