The countries most vulnerable to cyber-attacks : Mapped 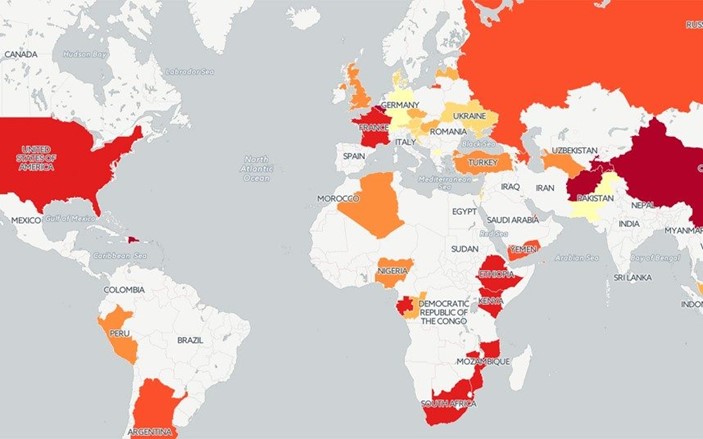 Rapid7
has identified and ranked the 50 countries most vulnerable to hacking, based on the prevalence of insecure networks and internet channels around the world.

Rapid7 found that Belgium was the most susceptible country based on a “National Exposure Index” of unsafe or potentially vulnerable internet services. The UK was ranked 23rd most exposed, the US 14th and Australia 4th.

Rapid7’s  Project Sonar software scans millions of internet channels for vulnerabilities such as unencrypted, plain text services, and by comparing this to more secure ones, can determine the chances of coming across an at-risk channel.

Channels that are not encrypted are not necessarily passing sensitive data, but many are likely to be, so their prevalence at a national level is a good indicator of how secure the internet is in each country. By identifying vulnerabilities at the IP address level, the researchers were able to identify what country they are in.

Rapid7 warned that the world’s biggest economies would face “dire consequences” if the current state of affairs continued, as the rise of the internet of things creates billions of new connections.

The vulnerabilities measured by Project Sonar included out-of-date email encryption and server ports that expose databases directly to the internet rather than being locked. In Belgium’s case, 31 per cent of systems or devices had at least 30 ports exposed. Unencrypted ports mean people snooping on a network can possibly gain access to private information.

“In the days when the internet was a shared resource among a very few academic and military institutions, exposing databases and connecting directly to them across the internet made some sense,” the report’s authors said. “However, even in a case where encryption and strong authentication is possible, exposing a database directly to the 3.5 billion human internet population is no longer a sensible act.

“These results all speak to a fundamental failure in modern internet engineering. Despite calls from the Internet Architecture Board, the Internet Engineering Task Force, and virtually every security company and security advocacy organization on Earth, compulsory encryption is not a default, standard feature in internet protocol design.”

The most vulnerable countries