An examination of complaints to FCC finds consumer suspicions about big name hotels even after large fines for Wi-Fi hotspot blocking were issued.

The FCC has slapped hotels and other organizations with nearly $2.1 million in fines since the fall of 2014 for blocking patrons’ portable Wi-Fi hotspots in the name of IT security, or more likely, to gouge customers for Internet service. But Network World‘s examination of more than a year’s worth of consumer complaints to the FCC about Wi-Fi jamming shows that not all venue operators are getting the message (see infographic below).

Indeed, more than half of the 50-plus complaints whose contents we pored through following a Freedom of Information Act (FOIA) request to the FCC came within the few months after the FCC’s initial action on this matter, a $600,000 fine on Marriott in October of 2014. Another two dozen complaints trickled in to the FCC in 2015 – a year that began with the FCC serving stern notice that Wi-Fi blocking is prohibited and ended with the agency dishing out a $718,000 fine to big electrical contracting company M.C. Dean for blocking consumers’ Wi-Fi connections and a $25,000 fine to Hilton Worldwide for “apparent obstruction of an investigation” into whether Hilton blocked consumers’ Wi-Fi devices. The spectrum used by Wi-Fi is unlicensed, and therefore available for broad use.

Complainants’ identities were redacted by the FCC Consumer & Governmental Affairs Bureau in the documents delivered to us via the FOIA request, and just because a complaint or comment was filed does not mean that an FCC violation occurred. However, the complaints as a whole do paint a picture of a problem that is both widespread geographically and in terms of where suspected Wi-Fi hotspot blocking has taken place. No doubt others have experienced Wi-Fi blocking with personal hotspot devices supplied by the likes of AT&T or Verizon and didn’t complain to the FCC because they didn’t feel like it, didn’t realize there was an FCC consumer complaint site and hotline, or didn’t even know they were being stymied.

Big name hospitality outfits, from Sheraton to Motel 6, were named, with one person describing a Motel 6 Wi-Fi network in Denver as acting “like a virus… [It] would not remain disconnected” and allow the patron to use his or her hotspot.

A handful of Marriott locations were fingered by consumers well after the FCC levied its fine. One consumer argued that Marriott blocking personal Wi-Fi hotspots is an infringement on freedom of speech, as “forcing me to use their system allows them to block me from sites (say Hilton’s website) that they don’t like.”

Casinos, airports and lesser-known organizations were also complained about, with several people critical of Boingo at airports. One complaint even suggested a big retailer was blocking customer Wi-Fi so as to force them onto a store network that would allow patrons’ movements and search engine inquiries to be tracked.

Requests for comment to Sheraton, Motel 6, a WiFi Coalition supposedly addressing WiFi blocking for the International Association of Venue Managers and the American Gaming Association went unanswered. Marriott CIO Bruce Hoffmeister has communicated on the WiFi blocking subject by way of canned press statements. For this article, a Marriott spokesman shared the following statement:

“As we have stated, we do not block Wi-Fi signals at any hotel we manage for any reason. The policy across our managed hotels forbids blocking under any circumstances, and the capability within the networks to block is disabled.  As with most wireless technologies, WiFi is not a 100% reliable and at times people may assume that WiFi connectivity issues at any hotel — whether ours or not — is  due to the hotel engaging in blocking.  This is not the case.  To reiterate, Marriott does not block WiFi signals.”

The hospitality and convention industries have been made well aware that Wi-Fi blocking is not allowed (here’s a warning issued by one hotel lawyer). It remains to be seen whether Wi-Fi Blocking will be a topic of any continued attention at hospitality/lodging industry conventions, such as this June’s bigHospitality Industry Technology Exposition & Conference, which hasn’t yet posted its agenda. However, HITEC does highlight a 2015 Lodging Technology Implementation report on its site that guest Wi-Fi is the top in-room technology that survey respondents from the hospitality industry said they thought was worth investing in.

Given that the hospitality industry’s blocking antics extend from Wi-Fi hotspot devices to press inquiries, we went directly to the consumers, by way of the FOIA request to the FCC. Perusing the consumer complaints makes for illuminating reading, even though some of the comments are only a sentence or two long, most with identifying information about the venue in question (some 200 of the 250 or so total complaints included in the FOIA request package related more to other aspects of Wi-Fi blocking, largely having to do with dissatisfaction with ISPs’ promises, and you can see all of the documents embedded into the end of this article). Complaints were collected via online forms as well as via a telephone hotline, and it’s clear that many of the objections were the products of an increasingly tech-savvy public.

Widening wi-fi blocking by the numbers

Eight of the complaints at non-Marriott hotels made reference to the FCC’s Marriott case, which clearly raised awareness of the Wi-Fi jamming practice.

“I believe that the Hilton Hotel in Phoenix is preventing wireless access by any wireless networks other than the for-pay wireless network they provide, as Marriott Hotels had been found guilty of doing,” wrote a person from Napa, Calif., in late October of 2014.

“The ruling today with regard to Marriott blocking wi-fi reminded me of an issue I had a few months ago while staying at [a hotel] in Oakland,” wrote one person from Modesto, Calif., in early October 2014. “My hot spot was blocked and every attempt to surf pushed me to the hotel’s page… There are undoubtedly numerous hotels which do this, so the message that it is illegal needs to be more widely circulated.”

The FCC attempted to do exactly that with its January 2015 Enforcement Advisory: “The Enforcement Bureau has seen a disturbing trend in which hotels and other commercial establishments block wireless consumers from using their own personal Wi-Fi hot spots on the commercial establishment’s premises. As a result, the Bureau is protecting consumers by aggressively investigating and acting against such unlawful intentional interference.” Though it’s a bit surprising that the FCC is unwilling to go on record giving any sort of update on that effort to re-emphasize the point.

Another cited Smart City for jamming Wi-Fi signals at the Orange County Convention Center in Orlando, and in fact, this very Internet service provider was fined $750K last summer by the FCC for blocking people’s Wi-Fi to encourage them to pay for service at five sites, including one in Orlando. “I contacted Smart City and they denied any wrongdoing, but we were able to collect the attached router logs indicating deauthentication was taking place,” a person from San Francisco wrote.

Still another, attempting to use a Verizon Jetpack Mi-Fi 4510L hotspot device, wrote of a Four Seasons hotel in Florida whose tech team “denied blocking wifi, but also said they only support Four Seasons network. Suggested I call Verizon to troubleshoot – unable to troubleshoot because IP address for hotspot is blocked by the hotel.” The hotel offered free low-speed Internet access or a daily paid service.

The FCC refuses to comment on any ongoing WiFi blocking investigations or whether hotels and other organizations seem to have cleaned up their acts since the agency issued its warning at the start of 2015. But an FCC spokesman does say that the agency’s Enforcement Bureau investigations into WiFi blocking stem both from consumer complaints as well as from other tips. “Thoroughly investigating potential violations of the law, including following up on consumer complaints, is a core function of the agency,” he says.

Some IT professionals at organizations outside of hospitality (such as universities) wish the FCC would elaborate on its concerns. They remain wary about what they can and can’t do in terms of managing and securing wireless networks using de-authentication and other tools supplied by WLAN vendors like Aruba, Cisco, Ruckus and Xirrus (See“Wi-Fi blocking debate far from over”).

Behind The Wi-Fi Hotspot Blocking Scenes

The blocking of Wi-Fi hotspots at hotels and convention centers is naturally much more complicated than what you can glean from consumer complaints, says technology marketing veteran Andy Abramson, author of the VoIPWatch blog and a victim of Wi-Fi blocking himself. He tells of one Las Vegas venue – since fined — that was threatening to escort people out of the building if they were caught using a third-party connection.

“They weren’t blocking using technology, they were blocking by intimidation,” he says.

The real backstory to much of this, Abramson says, is that venues typically have contracts with third-party providers written by attorneys whose expertise lies in real estate or commercial dealings rather than telecom/networking specifically. These deals guarantee exclusivity for broadband providers, and include promises for union electricians, etc., but don’t account for the major technology changes we’ve seen in wireless and beyond. They also can prevent companies from installing technology such as distributed antenna systems (DAS) that could help deliver LTE or 4G broadband services to venues, he said.

The end result has been that venues and their partners have looked to cover their costs by offering pricey Internet access — and thus, “the Mi-Fi market was born,” Abramson says. There are promising changes taking place, especially at newer venues where better and more flexible wireless setups are being installed, but he says to date “it’s all been about ignorance to technology advancements or about milking the customer for as long as possible using older, slower technology so the investment is paid back and profits made.”

So yes, consumers have had plenty to complain about. 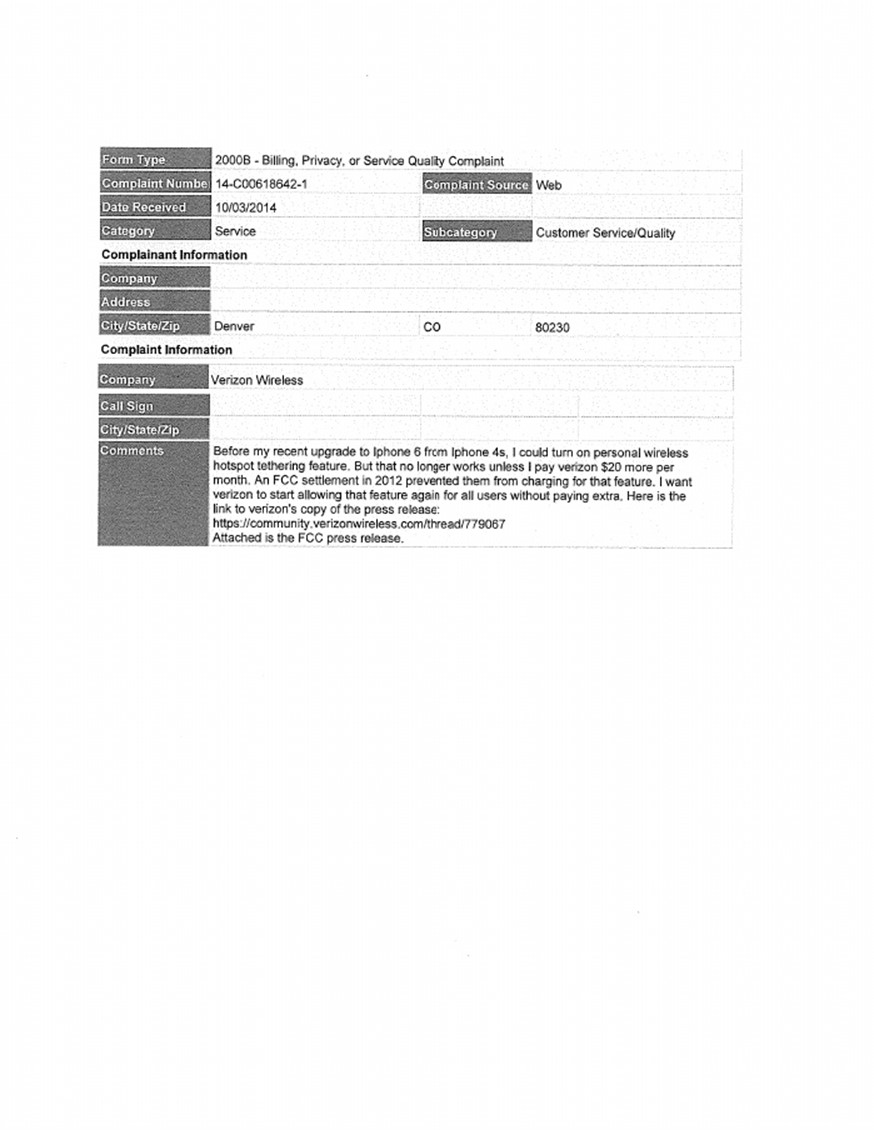