Zip Phone Lets You Make Free Calls Over The Internet. Without Launching Its App

A company known as Zip Phone is making it easier to place secure, Wi-Fi enabled phone calls, in order to save consumers from using up the limited number of cellular minutes that come with their smartphone’s voice plan. That’s a more common problem outside of North America where unlimited calling plans are prevalent, though these consumers can still benefit from Zip Phone while traveling to save on roaming charges.

However, what’s interesting about this startup is how the technology itself is deeply integrated with the Android operating system.

Zip Phone’s founder, Anuj Jain, describes the app as something you just install once, then never look at again. Yes, it’s another one of those “invisible apps” – that is, apps that operate in the background, only kicking off when needed.

Jain, a serial entrepreneur from India who has worked on everything from mobile games for J2ME phones to automated trading platforms and more, came up with the idea for Zip Phone in order to solve a problem he faced when working from a basement office with poor cellular reception.

He wanted more than just a Wi-Fi-powered mobile calling app – there are, of course, many of those – but one that worked seamlessly with the Android OS. 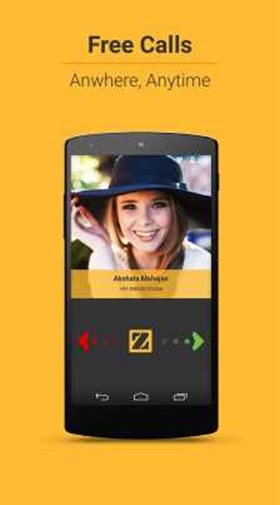 “There are dozens of voice-over-IP applications available, Skype, Viber, and LINE being the big ones,” explains Jain. “What makes Zip Phone different is that it’s just ridiculously easy to use,” he says.

With other applications, if you need to place a call to someone, you have to launch the app, sign in, see who’s online, then dial from the app.

“With Zip Phone, you just need to have it installed on your phone once, and that’s it. My philosophy is that you should never have to look at my app again,” says Jain.

Well, technically, you do need to open it once to get it set up, but what Jain means is that Zip Phone integrates with the Android operating system and then becomes a part of your default calling experience. The app detects when you’re on Wi-Fi and takes over the standard Android dialer when it sees the other person also has the app installed. (The calls can be routed over Wi-Fi or cellular, as need be, so it doesn’t require that both users are connected to Wi-Fi for calls to go through.)

In addition, Zip Phone also offers more secure calling. The app encrypts the calls using a combination of encryption methods (RSA and 256-bit AES encryption) so that no one, including the company itself, can listen in. For each phone call, Zip Phone generates new encryption keys that are never stored on the server or your phone, making it impossible for phone calls to be eavesdropped on, Jain says. 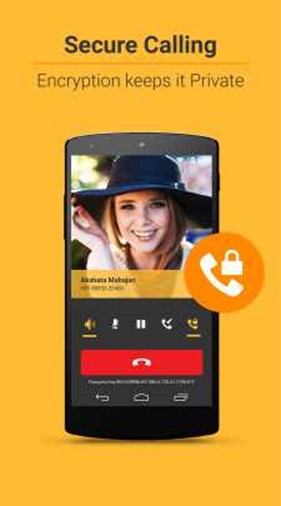 Privacy is a top priority for the company, too, he notes, adding that Zip Phone doesn’t store call logs or ask for any other information besides your phone number in order to work.

Though Zip Phone makes the most sense on Android, where it can burrow its way into the operating system, to be a more complete solution, the company has now launched an iOS port, which operates in a more traditional manner – an app you have to launch in order to place your calls.

Jain declined to say how many users Zip Phone has, but Google Play is showing between 10,000 and 50,000 installs. But the founder would say that installs have doubled since joining Y Combinator in June, where they’ve since rebuilt, redesigned and rebranded the app. (It used to be called Awaaz.)

Jain is the sole founder at the small, two-person company, and hasn’t raised outside funding beyond the YC investment.