15 Things You Didn’t Know You Could Do with Dropbox

Just when you thought Dropbox couldn’t get any better, it has.

Many interesting cloud storage services have come and gone, but Dropbox is probably the one that’s been here the longest. And now it has upped its game with a host of new features. Let’s explore some of them from 2015 as well as some old but lesser-known ones. What we’re saying is let’s discover more stuff that you didn’t know you could do in and with Dropbox.

1. Request Files from Anyone

Sharing files saved in your Dropbox has always been easy. Collecting files in Dropbox from people? Not so much. You had to rely on third-party services for quite a long time…until Dropbox introduced its own file request feature. The best thing about it is that you can gather files even from people who don’t have a Dropbox account. No reason to force them to sign up for one, is there? 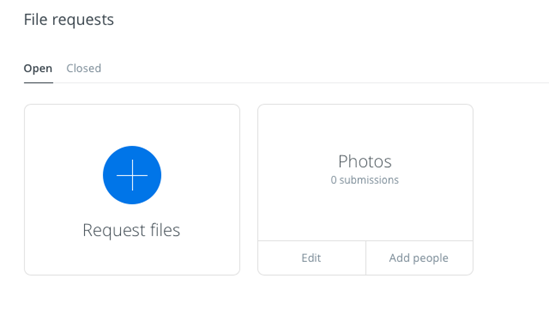 You’ll have to specify a catchall name for the files that you want to collect. Dropbox creates a new folder with this name to direct the incoming files to. You can also use an existing folder instead. 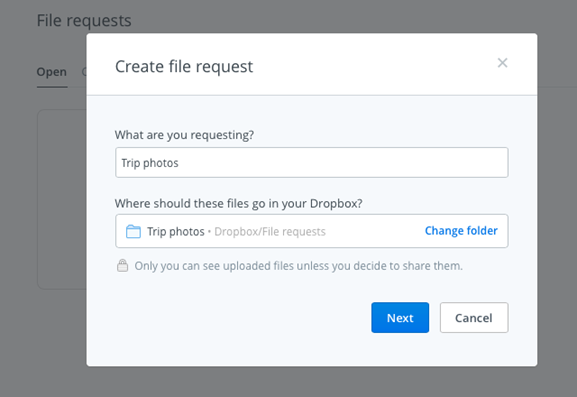 For every file request that you create, you’ll get a unique link to share with the people you want to receive files from. Ensure that you have enough space in your Dropbox account for the incoming files. Otherwise, the person sending the files will encounter an error message.

Don’t worry about the privacy settings for the received files. Only you can see them, and later share them if and when you want to.

We also recommend giving Balloon a try, if you don’t mind ditching the built-in file request feature in favor of a third-party app.

Has someone shared a PSD file or an AI file with you on Dropbox? You don’t need access to the right Adobe software to preview it. You can do that right from Dropbox’s web interface, thanks to the interactive file preview feature introduced mid-2015.

Click on the file you want to preview and you’ll get an image toolbar that you can use to zone in on any portion of the preview.

You can preview files not only in PSD and AI formats, but also in PNG, JPG, EPS, SVG, and BMP. But, the previews for certain formats like PSD, AI, and SVG will be sharper and clearer than for the rest. The file preview feature also allows you to preview PDFs, slideshows, videos, and more.

If you’re a creative professional, the preview feature ensures that you don’t have to worry about compressing high-resolution files or converting them to other, more easily viewable formats for sharing with clients. Share a Dropbox link to the design file and be done with it. Your client can preview the file (in full resolution!) and leave feedback on it from Dropbox on the web.

Let’s say you left a shared folder, accidentally or otherwise, by deleting it from your Dropbox, and now you want back in. Regaining access to that folder is as simple as clicking on Sharing in the sidebar and then clicking on the Rejoin link next to the folder you want fresh access to.

You don’t have to dig through folder after folder to find a Dropbox file that you just edited. You’ll find a link to it under Recents in the sidebar. This section keeps an updated list of files that you have opened or modified recently. Share, download, comment, delete, or even view previous versions of the file straight from this list. 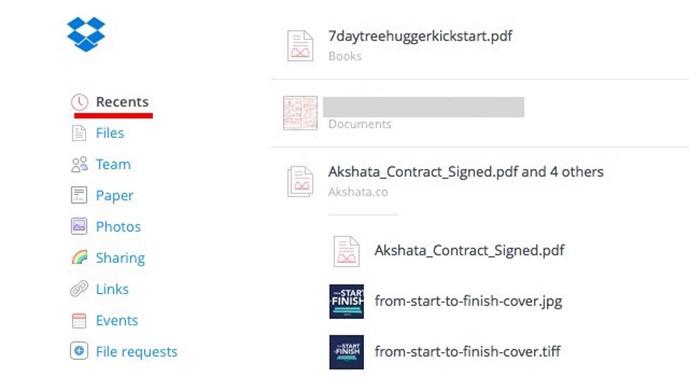 Many Dropbox users — solopreneurs, for example — use the Basic and Pro versions of Dropbox for business. If you’re one of those users, congratulations. You can now collaborate better on projects using the new Team feature.

After you create a team, you’ll be able to add members to it, share files and folders with them, and create sub-folders for better organization. As the team administrator you get granular control over file and folder permissions. Also, you’re sure to appreciate the ability to link your work and personal Dropbox accounts and switch between them easily without having to log out of either.

Your work projects are not the only ones that can benefit from this collaboration feature. Personal projects also can. Have a family vacation coming up? Or a wedding? Or a friend’s birthday? Create a Dropbox team and get started on the planning!

You have probably noticed that Dropbox files on the web now come with a commenting mechanism. If you haven’t, shift your attention to the right sidebar when you have a file or file preview open, and there it is.

As is standard procedure on the web these days, you can @mention someone to get their attention, and in this case, to get their inputs on the file. They’ll receive an email notification about it and can leave a comment on the file even if they aren’t a Dropbox user. 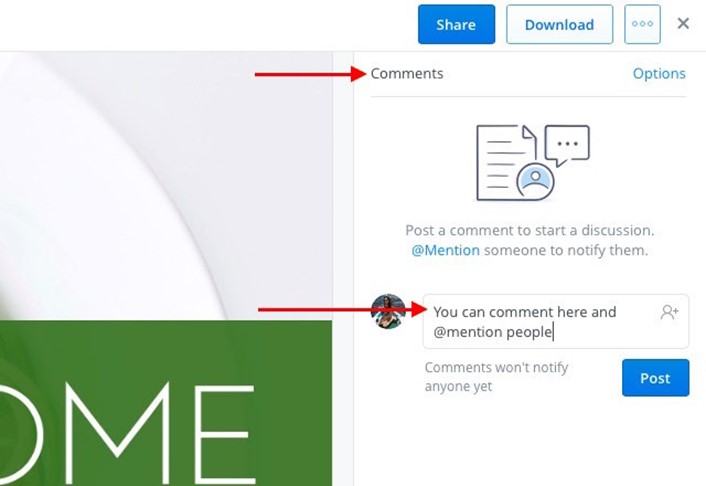 The added advantage is that if it’s a Microsoft Office file that you’re discussing, you can edit it right there based on the feedback, thanks to the Dropbox-Office Online integration. Your edits will automatically get saved back to Dropbox.

By default, Dropbox limits the bandwidth allocated to the files being uploaded to your account. If you want to take advantage of your network’s higher capacity, you can remove this limit altogether or set a custom one from Dropbox’s settings.

To access the bandwidth settings on Windows 7 and above, click on the Dropbox icon in the system tray and go to Preferences > Bandwidth.

Files that you delete from your Dropbox don’t disappear immediately from your computer or your Dropbox account. They get queued up for permanent deletion and stay part of the Dropbox ecosystem for at least 30 days. The deleted files also stay in the cache folder (.dropbox.cache) within Dropbox’s root folder on your computer for three days.

Note: If you have a Pro account with Extended Version History, the deleted files stay in the online deletion queue for up to one year.

If the files you deleted contain sensitive data, you might want to clear them out from the deletion queue manually. To do so, go to the home page of your account and click on the trash icon to the left of the search box. This displays the deleted files and they appear grayed out. 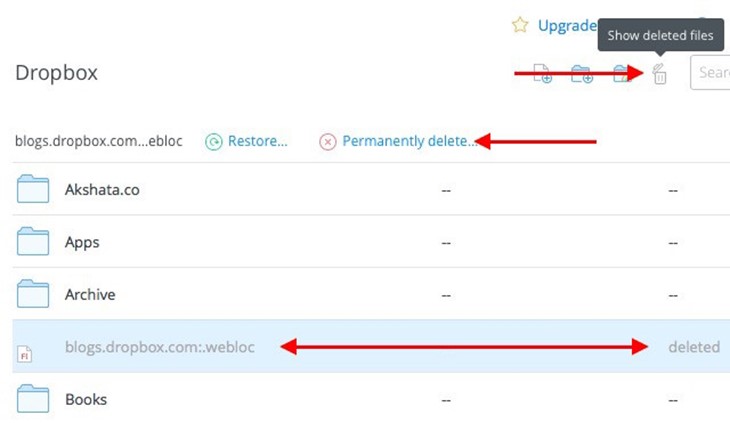 Here comes another important step: getting rid of the deleted files from Dropbox’s cache folder. You can’t see this folder unless your system is set to show hidden files. You’ll need to access it and once again delete the files from there to get rid of them for good. Of course, if you do nothing, Dropbox will still clear the cache folder in three days’ time.

Based on whether you’re using Windows, Mac, or Linux, you’ll have to look up Dropbox’s instructions to reveal the cache folder on your computer.

Warning: You can’t recover any of the files you have deleted using the steps above, but someone with access to your computer and a good recovery software might be able to.