A Necklace That Can Hack Your PC In Just 60 Seconds: USBDriveby 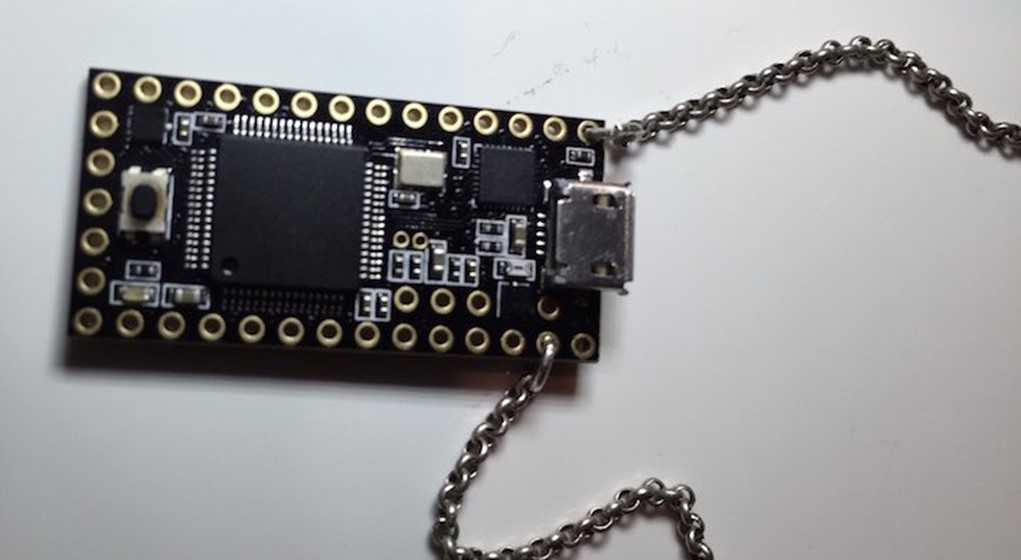 In a video found on the YouTube channel of Samy Kamkar, a USB drive beaded in a necklace has been shown which is capable of doing some really dangerous hacking tricks with a horrifying outcome. This necklace is called USBDriveby, which is a necklace that can hijack your computer in just 60 seconds.

USBdriveby is basically a USB-powered microcontroller which is beaded into a necklace or a chain. The reason behind beading this USB-driven microcontroller is that one can take the advantage of security flaws in one’s computer’s USB ports. Once inserted into one of the USB ports, it just needs a minute or better say, 60 seconds to infect and annihilate a personal computer.

So, basically, within a minute, an entire PC can be hacked by disabling a number of security layers and cleaning up its mess as well. It permanently leaves the computer with an open connection for all sorts of remote manipulations even after the USBDriveBy has been removed from the USB port.

Although the video shown below talks only about the Mac OS X but Kamkar states that the process is quite ‘easily extendable to Windows or Linux’. Once the harm is done, there is nothing much a user can do to protect himself from such attacks except for guarding his USB ports.

You can find more information about the USBDriveBy on Samy Kamkar’s website.

If you are also aware of these sorts of stylish hacking materials, leave the comment about the cool gadgets in the comment section below.