Apple Maps will remember where you parked your car

Apple has yet to confirm rumors it’s building a car but it is aiming to make drivers’ lives a little easier thanks to a new feature coming to Apple Maps in iOS 10 which will help people remember where they parked their car.

The forthcoming parking reminder, spotted by an AppleInsider reader, will automatically drop a pin to locate the car’s stationary location when a journey terminates somewhere other than the user’s home address.

A parked car icon will apparently also show in Apple Maps, including with an option to get directions to the car and an estimated time to get there. There’s also an edit option to tweak the accuracy of the pin drop if needed. 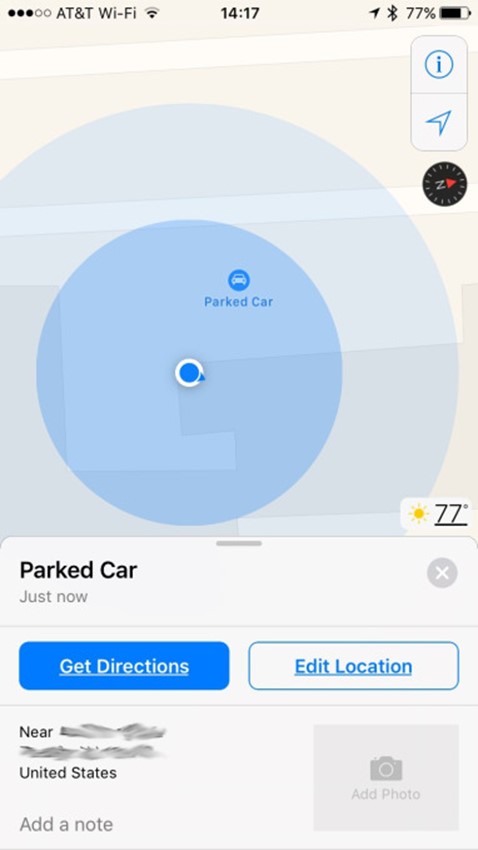 The Apple Maps parking reminder will be treading on the territory of the myriad existing parking reminder/car locator apps already in the App Store, as is often the case with new Apple features.

During its WWDC developer conference keynote earlier this week Apple announced some big changes coming to Maps in iOS 10, including that the app will be opened up to third party developers to allow certain tasks to be performed right from the map, such as booking a restaurant table or hailing a ride via the likes of Uber.

Apple Pay will also be supported within Maps and users will be able to search for a range of services along a particular route. Maps will also be smarter, pulling data from a user’s calendar to automatically suggest a route to the next meeting, for example, as well as pushing nearby suggestions, such as restaurants. So knowing where your parked car is will just be another string to its bow.