The home button is headed to the trash bin, if a report by Bloomberg is to be believed. According to the report, Apple is ditching the button to make room for a larger screen in one version of the next iPhone. Instead of a home button, users will perform actions using on-screen gesture controls involving a sort of dock of icons.

If true this would be the biggest change in iPhone design since the launch of the device in 2007.

The home button has been a staple in iPhone design since the beginning. It’s used to wake a device, return to the app grid, and, more recently, for Touch ID fingerprint recognition. All those tasks would be performed differently if removed. However, the Bloomberg report carefully states only the high-end version of the upcoming iPhone is losing the home button, which jibes with other rumors from the past few months. 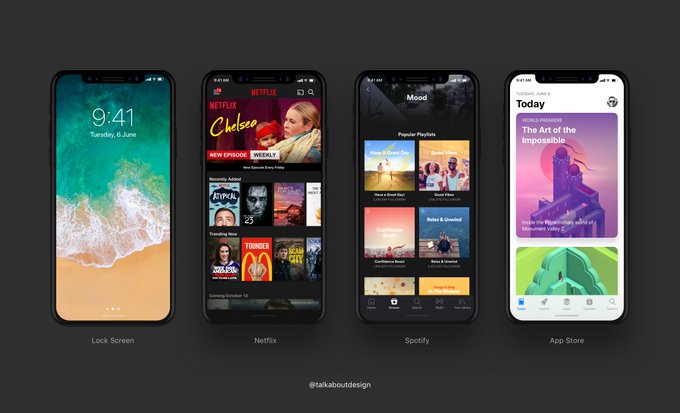 Instead of pressing a home button, users would interact with a thin software bar that can be moved around for different actions. Drag it to the middle of the screen to open the phone, or if in an app, activate the multitasking menu. Users can change apps or go back to the home screen, Bloomberg says. And it shouldn’t end there. If this report is true, Apple likely has cooked up all sorts of logical interactions for this software bar.

Apple has been foreshadowing the removal of the home button for some time. For the iPhone 7, it replaced the button with a non-moving version that simulated a click through with tactile response. The iPad also recently gained an app menu reminiscent of OS X’s dock. Bloomberg uses this as an illustration of the upcoming iPhone changes.

This is just part of what’s set to be a radical redesign of the next iPhone. Other rumors state the iPhone could mute notifications when you’re looking at it, include face scanning technology that works even when the phone is on the table, and include a screen that fills the frame of the phone except for a little notch that houses sensors, cameras, and earpiece.

It’s rumored that Apple is preparing to launch three versions of the next iPhone. It’s unlikely all versions will lose the home button for several reasons. The iPhone is Apple’s best-selling device and the removal of the home button is likely to be met with controversy. There’s no reason to rock the boat for everyone. Plus, the high-end version of the next iPhone will likely have much slimmer margins than an upgraded iPhone 7. Apple has long used incremental updates combined with bi-yearly design changes to keep margins healthy and it’s unlikely that will change. However, following this formula, the home button will disappear from all versions in following releases in 2018 or 2019.

Whatever it looks like we’ll be onsite when Apple unveils the next iPhone on September 12 with complete coverage.