Facebook this week said it will begin rolling out new technology that allows users on slower mobile connections to still see new stories in their News Feed, even when on a poor connection or when they’re unable to reach Facebook’s servers. In addition, users will be able to comment on posts when they’re offline, and those comments will be posted to the app when your connection returns.

The company explains that the goal with these changes is to better aid those in developing markets, where they primarily access the social network via phones on slower 2G connections.

The way Facebook’s News Feed was originally designed didn’t take into account how these users would struggle when trying to view new content on the network over these lagging connections, however.

Since the News Feed is arguably the most important destination on Facebook’s app, the company has devised a way to make the content users see appear fresh without forcing users to wait for new stories to load. Starting now, Facebook is testing an update where it will look at all the previously downloaded stories present on your phone (those that you hadn’t yet viewed), then rank them based on relevance. This ranking algorithm will also factor in whether or not images are available, the company says.

Then, the app will show you these “new” stories – which are, in reality, those you already download but hadn’t yet reached by scrolling further down your News Feed. The end user experience will be greatly improved by this process, as instead of seeing a spinner while waiting for content to load, they’ll just see posts.

When your connection returns, Facebook will resume downloading and ranking stories normally.

It will also test other improvements to download new stories throughout the day when you have a good connection, so that you’ll always have relevant things to read when the connection is lacking. 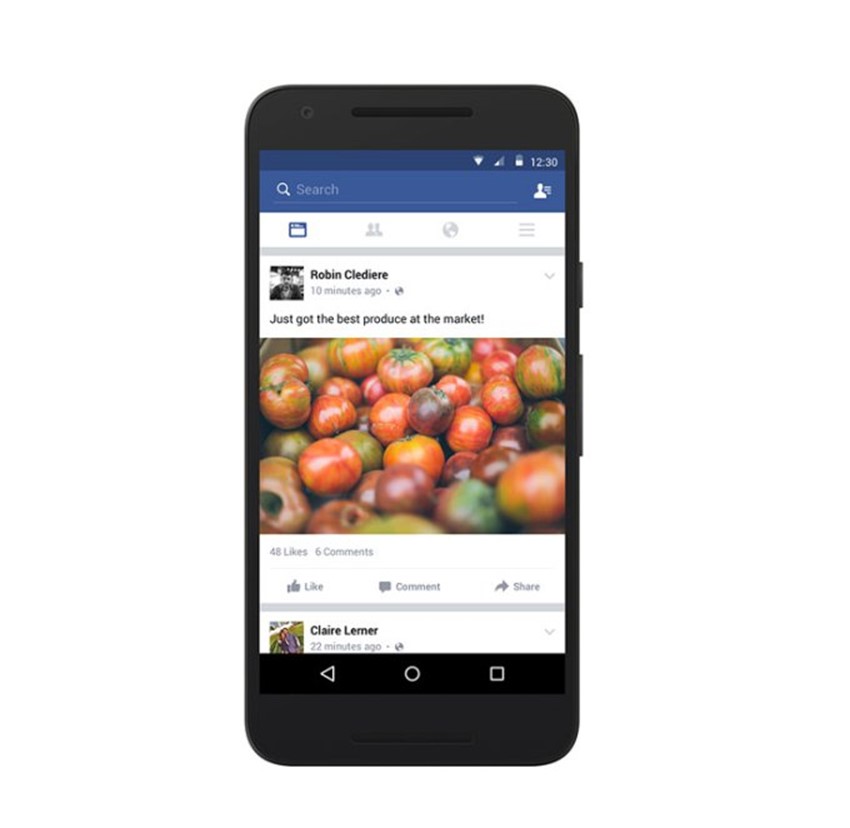 You’ll also now be able to interact with these stories and posts as if you were online, Facebook also says.

While in the past, you could like and share posts when you were offline, the new update will allow you to comment on posts, too. These comments won’t technically post until you’re back online, of course, but they do at least give you a way to prepare your comments for that time, as well as feel as if you’re using Facebook normally, despite your lack of connection.

Though the changes are largely aimed at helping those in emerging markets have a better Facebook experience, there are benefits to those in developed regions, too. For example, if you’re in places where your connection is bad, or even missing entirely – like a subway tunnel or at crowded events – you’ll also be able to take advantage of these features.

Facebook says it’s currently testing these new features and rolling them out “over time” in order to gather feedback. That means you may or may not see these changes immediately in your own Facebook app.

The move Facebook is making here is notable – and one other large internet companies (and small ones!) should think about mimicking themselves.

The majority of the world does not yet have access to the internet – instead, only 2.7 billion people are online, or a little more than one-third of the world. Facebook, Google and other tech giants are working to address this problem with far-out initiatives like drones and high-flying balloons to deliver internet access in areas where it’s lacking. But the increasing availability of internet connections combined with the lowered cost of devices means people are joining the web at rapid rates.

As new markets connect they’re skipping the PC era altogether, and instead joining the internet by way of mobile devices. But they will not necessarily have the same, robust connections that developed regions do – which is why it makes sense to design for flaky internet connections as part of a company’s product roadmap.