Google Maps For iOS Now Shows You When Stores Are Busiest, Plus Gas Prices 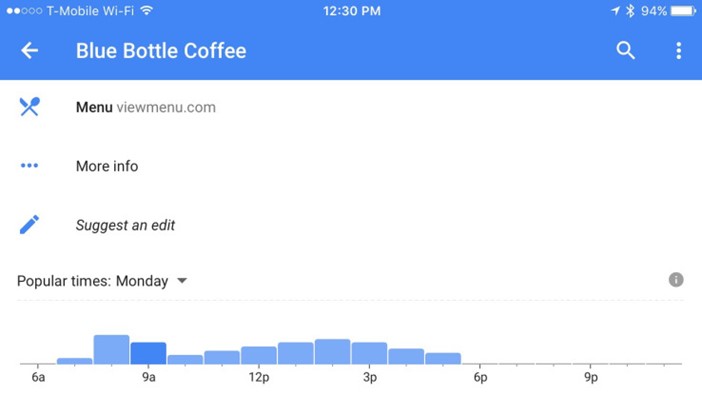 Just in time for your last-minute holiday shopping plans, Google has rolled out an updated version of its Google Maps iOS application, which will now show you when stores are the busiest. Armed with this information, you can better plan when to visit the location in question in order to avoid the crowds. The feature is available not only for retail stores, but for any business where customers are generally curious about the store’s “rush hours.” That means it extends to places like coffee shops, restaurants, grocery stores, gyms and other points of interest.

Additionally, the app is now showing gas prices when you search for nearby gas stations.

Google first began tracking businesses’ “popular” times in July, when it introduced the feature within Google Search. At that time, if you searched for a business on Google, it would offer a chart indicating when the store or other establishment became more crowded, using the anonymized data it gathers from users of the Google Maps application. The feature was expanded to the Android version of Google Maps this September, but had not yet arrived on iOS until now.

Meanwhile, the gas-price tracking is another new addition that was also available on Android first. This October, Google announced a new feature that would allow Maps users to add a stop along a route – like, say, a gas station or coffee shop – which the app would then direct you to before your final destination.

When this feature arrived, it also included support for seeing gas prices when you chose to include a gas station as your additional stop.

While arguably a minor feature update – Google didn’t even bother putting out an official announcement about the iOS changes – it’s the sort of thing that helps Google Maps better compete with its rival Apple Maps on iOS devices, where it doesn’t have the benefit of being as deeply integrated into the mobile operating system.

Today, it’s not enough for mapping applications to offer just maps and directions. Extra information like prices, photos, hours, busy times and more can help push mobile consumers to use one application over another.

To help it gather more data about businesses, Google also expanded its “Local Guides” program this November, allowing any Maps user to help correct business listing errors or offer up additional business details by answering a series of questions that appear as pop-ups in the app, like “is it quiet here?” or “is the place family-friendly?” 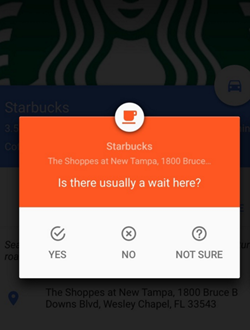 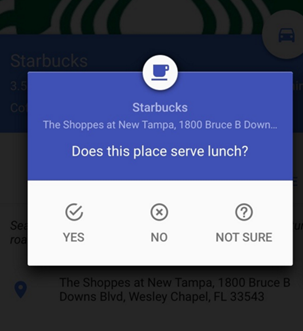 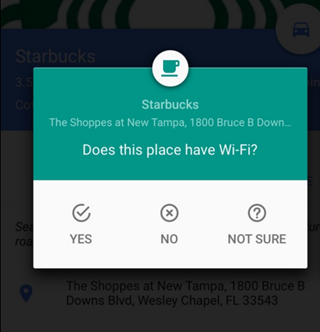 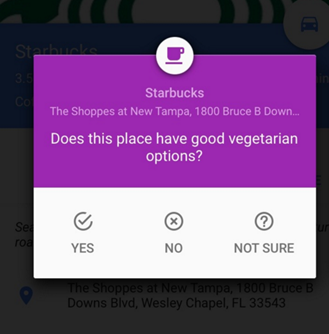 This program also now includes questions that ask about how busy a store is – basically, another window on top of the anonymized data Google is already collecting.

The updated version of the Google Maps app is live now on the iTunes App Store.