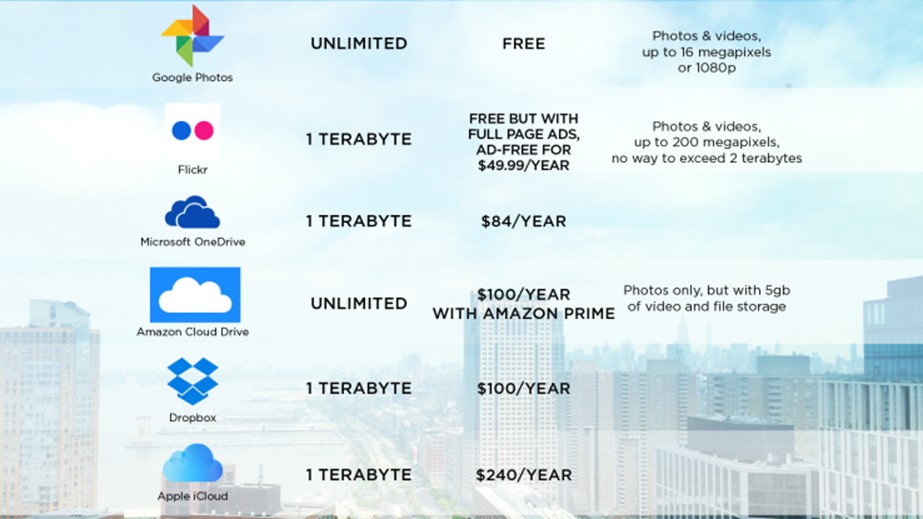 Today, Google announced its new Google Photos product, which offers unlimited free storage of photos and videos. The only limits are that photos must be under 16 megapixels, and video resolution is capped at 1080P.

If the photos and videos are bigger, Google will compress them, but says the visual quality is virtually untouched. With auto-backup from its iOS and Android apps, you can forget worrying about saving your photos, and you can forget paying to store them.

Photos Are A Computer Vision Goldmine

Other services are still trying to make money more directly from photos. Flickr offers 1 terabyte free, but you and your viewers have to endure frequent full-page ads from its parent company Yahoo. Amazon offers free unlimited storage, but you have to buy a $99 a year Prime subscription.

But Google is willing to throw its money around. It earns enough on search ads that it can completely subsidize photo storage as a long-term investment. Google knows that photos are a gold mine. They contain an immense amount of information about the people who took them that could be used to target ads and personalize experiences…if you have the tools to mine them. 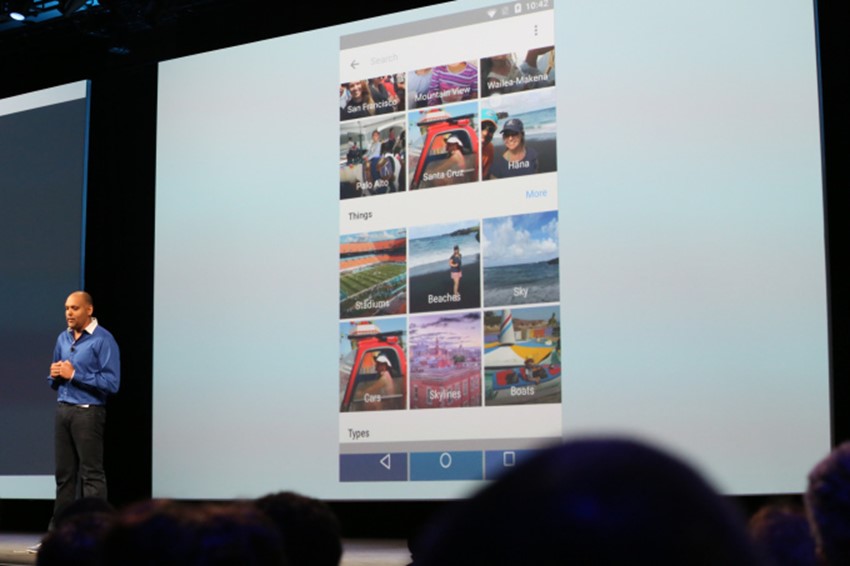 Google does. Its advanced computer vision, machine learning, artificial intelligence, and other technologies will let it determine what people, places, and things are in photos, and tie that data to your identity. Pics of you with your favorite soda or a motorcycle could tell it what to show you in ads. Locations ID’d by landmarks could help it predict what you’re searching for. And selfies with friends could clue Google in to who it should recommend you share something with.

The app even does the hard work of editing and curating photos. Its “Assistant” feature can balance out overexposure, turn burst shots into GIFs, and make little movies from your adventures. While pure file storage may have become a commodity anyone can offer, Google Photos does a lot that only the search giant could pull off.

According to interviews with Google VP Bradley Horowitz by Backchannel’s Steven Levy, the computer vision isn’t perfect yet, but that’s kind of the point of this launch. “The key to getting that last percentage which tips it over will come now, when we deploy it at scale. Getting all that data will create a virtuous cycle of getting better and better,” Horowitz says.

Tech So Good It Doesn’t Need To Understand Us 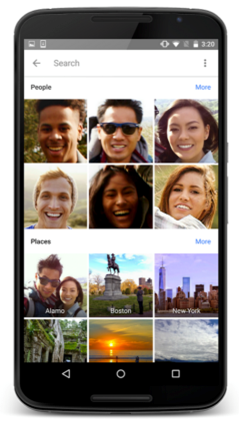 By tempting us with free storage, Google could get massive dumps of our media that will educate its machine vision system while making its ads and products better. And since you won’t want to move your massive archive of memories, Google Photos could bind you tighter to its family of apps and services. Some might worry about giving Google so much information, but we’ve already let it host our email, and that hasn’t turned out so badly.

Google is often criticized for not “getting” humans. But Photos ties together some its most powerful technologies so it doesn’t have to. Storage, editing, organization and search all happen automatically. There’s no need for manually moving files, correcting colors, tagging subjects, or rifling through reams of pictures.

That’s what makes Google Photos perfect for the casual photographer. They don’t have to do anything but point and shoot to make memories that last forever, for free.