Hewlett Packard Enterprise to spin off software assets in $8.8B transaction

In an $8.8 billion transaction, Hewlett Packard Enterprise, also known as HPE, will be spinning off its non-core software assets, according to a statement from company CEO Meg Whitman. The assets will be merged with Micro Focus, a British software company, to form a new combined corporation.

After separating from Hewlett-Packard last year, HPE forged a business model centered around providing both infrastructure and software to support enterprise server, cloud and network needs. The company’s hybrid approach involved so much software that the HPE website even had a dedicated “A-Z” software section with packages spanning every letter but J, X, Y and Z.

HPE will be retaining tools that support the company’s cloud and infrastructure businesses but will be spinning off tools for application delivery management, big data, enterprise security, information management, governance and IT operations management.

“I want to be crystal clear — HPE is not getting out of software,” said Whitman.

The new merged company operating these software platforms will be owned in part by HPE shareholders. Shareholders will retain a 50.1 percent stake in the company after HPE receives $2.5 billion in cash from the transaction. 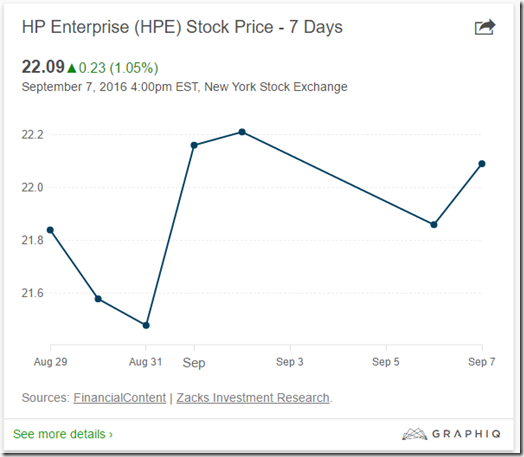 HPE made a similar move in May of this year by spinning off and merging its enterprise services division with Computer Sciences Corporation to form a new company. HPE shareholders also retained 50 percent ownership of the combined company in that transaction. Both deals are expected to bring increased cost synergies.

In addition to HPE and Micro Focus, German open-source software company SUSE will also be getting a boost from the deal via a new commercial partnership where SUSE will provide HPE with Linux tools. 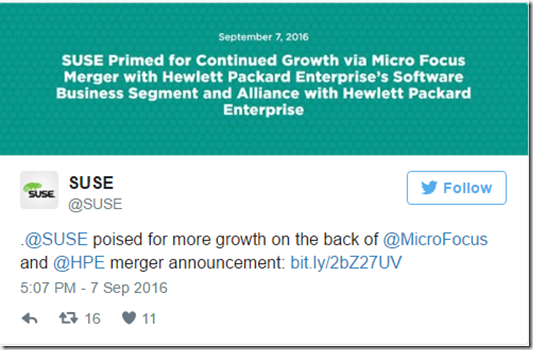 The deal is expected to close in Q3 of 2017 with Kevin Loosemore, executive chairman of Micro Focus, taking the helm of the combined company.