To Linux or not to Linux?

Ah, the siren call of desktop Linux. You usually hear it just after Windows starts bullying you to restart so that it can install updates, or when you see cool screenies of Linux desktop environments like KDE and Cinammon. But which distro should the novice start with?

Mint is the first new Linux OS to challenge for the crown of “what Linux experts would recommend of total newbies” in years. It’s reasonably lightweight, intuitive and its default desktop experience is quite easy on the eyes. 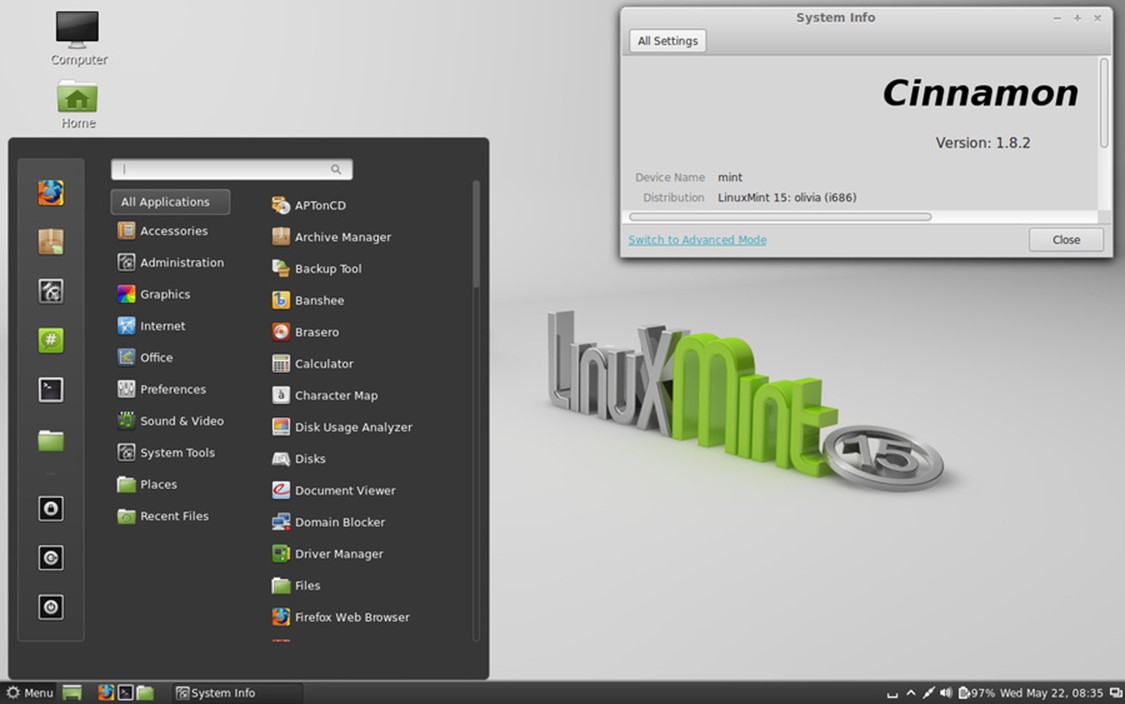 There’s a variant of Ubuntu, called Ultimate Edition, which I run on my home server, two work stations, and a laptop. (Website: http://ultimateedition.info) It’s a fairly robust port of Ubuntu, with plenty of bells & whistles. Version 3.8 is released, but I’ still running version 3.5-x64 on everything except the main server, which is running 3.5-x86 (P-4 HT) It runs right off the CD or DVD, can be put on a 4GB flash stick, has r/w ability to NTFS, as well as the entire Ubuntu software library available to download. (Though, comes with quite a few useful apps already pre-loaded too!) The Upgrading from one version to another, is still quirky. (Can’t overwrite the older version, but can install parallel.) Software updates Via Muon, Ubuntu Software Central, and Apt-get. (Pretty sure Synaptick too). Though I’ve had a few source servers fail, I simply dump the load list to a text file, and convert it to a bash shell to “apt-get install” them via SU.. Set-up is easy! (Like I said, even runs right ‘Out of Box’) Wide range of drivers, and wrapper for Windows drivers. I’m quite satisfied with it!

Debian is the underpinning of a slew of other Linux distributions, including Ubuntu, and Mint. It’s complicated, serious and a bit staid, but also enormously flexible, and it’s lightweight enough to provide solid performance out of the box.

FOR NEWBS?: It’s not necessarily designed for the novice, but the tech-savvier newbie shouldn’t have many problems.

Sprung from the fertile open-source loins of Red Hat, Fedora is a long-standing Linux distro with a ton of flexibility and lots of customization possibilities. If the cool kids used Linux, they’d use Fedora.

FOR NEWBS?: Kind of – Fedora gates off non-free software, which might confuse or frustrate less-technical users, but it’s generally pretty accessible

FOR NEWBS?: Probably – although the default browser’s lack of Flash support could prove a minor headache for some.

Some people, however, really don’t want to convert at any price – and for them, there’s PCLinuxOS, a distribution that does most of what a certain very widely used proprietary OS does.

Slackware is popular with its userbase for its stability and the sheer number of options it makes available, but there are a lot of package management and configuration tasks that have to be done by hand. If you’re not already pretty Linux-literate, this could get old fast. 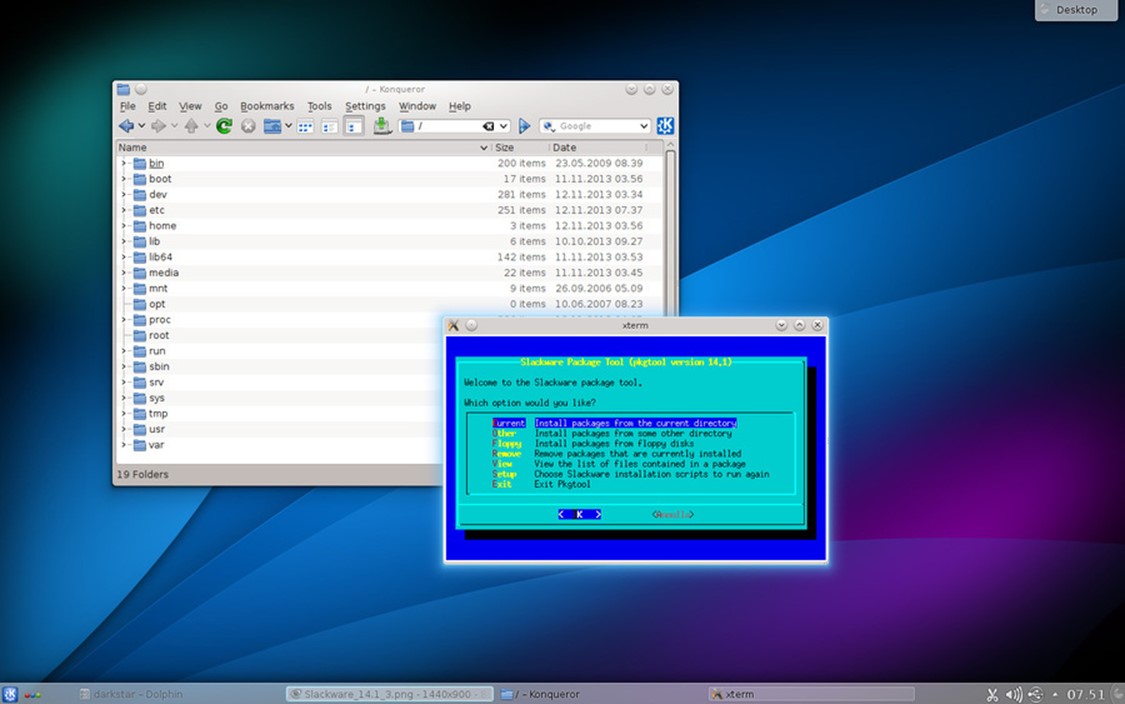 Arch bills itself as both elegant, which it is, and simple, which it also is, but only if you’re really willing to get your hands dirty managing aspects of the system that most people are used to having automated.

FOR NEWBS?: Almost certainly not.

OpenSUSE is stable, straightforward and generally quite simple to use. It might lack some of the hand-holding of Mint and Ubuntu, but reasonably computer-literate newbies probably won’t need that, anyway.

FOR NEWBS?: Should be as workable as most others. The centralized control center – “YaST,” or “Yet another Setup Tool” – could prove particularly helpful.

The good news is that it’s lightweight, fast and, once you get it working, pretty slick. The bad news is that that last part can sometimes take a while, depending on what you need Crunchbang to do, and it could require considerable manual configuration.

FOR NEWBS?: For real novices, no way. But for the more tech-savvy, #!, as it’s also known, could be surprisingly workable. 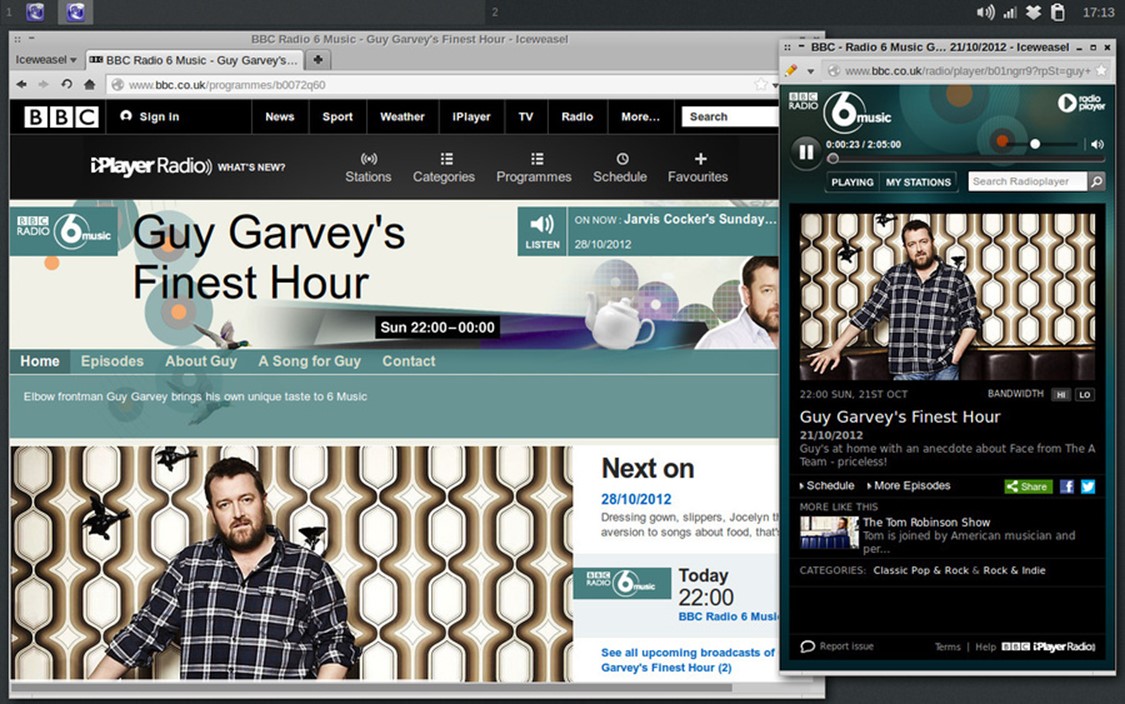 There are also live cd Linux which you don’t even have to install on your machine, but run from CD or flash drive.

One of the best ways to test Linux without installing it while still getting full use.