Underwater data centers offer the benefit of free water cooling, plus they bring the ultimate in edge computing — placed in open water, close to the population, and rent free. 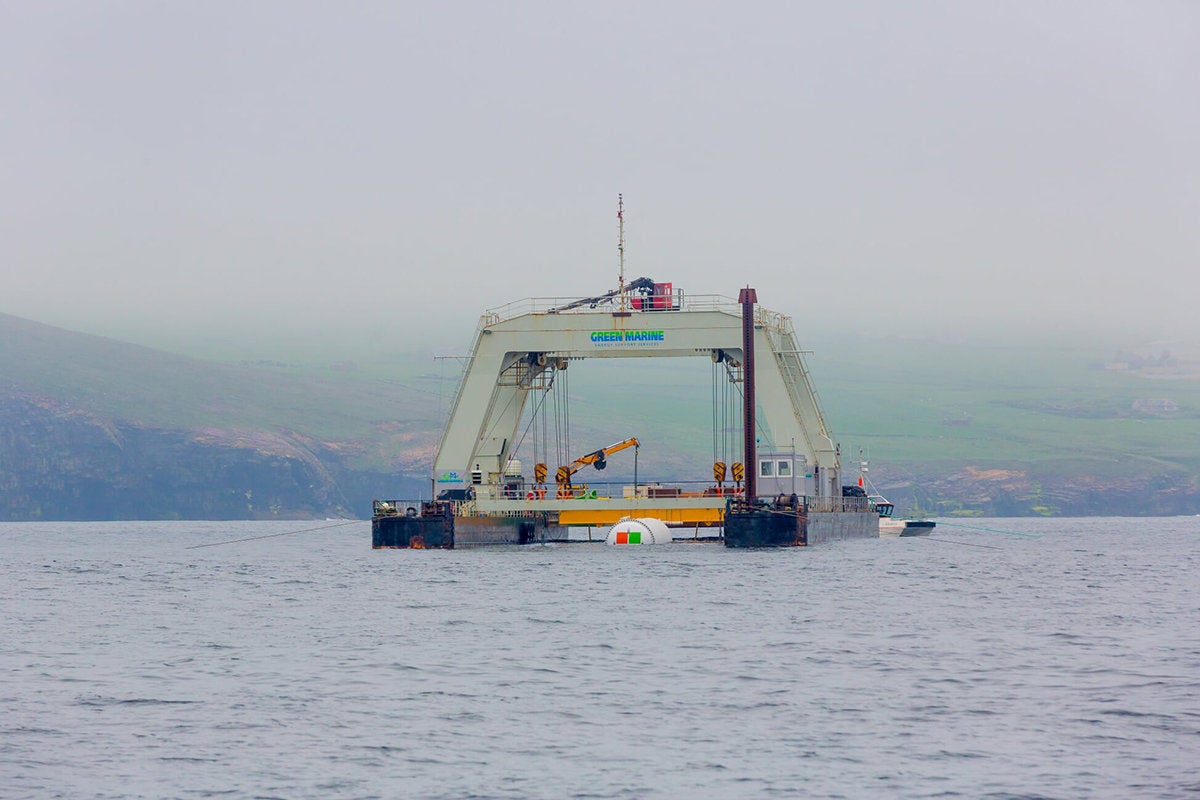 A free supply of already-cooled deep-sea water is among the benefits to locating pre-packaged data centers underwater, believes Microsoft, which recently announced the successful launch of a submarine-like data center off the coast of the Orkney Islands in Scotland.

The shipping-container-sized, self-contained server room, called Project Natick, submerged earlier this month on a rock shelf 117 feet below the water’s surface also has the benefit of potentially taking advantage of bargain-basement real estate near population centers — there’s no rent in open sea.

Microsoft is implementing its sunken project in cold North Sea water off Scotland, which isn’t a population-dense area. If the concept proves successful, there’s no reason similar tube-like structures couldn’t be slid, rent-free, into water anywhere land values are high, and where end-user edge-computing is required.

Seawater for cooling is on-trend. It’s been used for years in power generation, but it is being used increasingly in data centers. The on-land 75-hall Lefdal Mine Datacenter, located underground, below a mountain in Norway, is located next to a “deep, cold fjord,” the former-mine’s website explains. That’s good not only for carbon-neutral hydroelectric power, but also for cooling, it reckons.

Cold seawater is the cooling source for the highly secure location, Lefdal says. Forty-six degree Fahrenheit water is fed into the fjord by four glaciers. And with the data center built below sea level, no energy is used to raise the already-chilled water. Seawater cools the halls’ water circuit from 86 degrees to 64 degrees Fahrenheit.

“The most joyful moment of the day was when the data center finally slipped beneath the surface on its slow, carefully scripted journey,” Ben Cutler, a manager on Microsoft’s undersea project, is quoted as saying of the Natick launch, by Roach. It wasn’t easy, in other words: An Internet-carrying cable, along with power that was laid earlier, had to be recovered from the sea floor using a remote device. Ten winches were then used along with a barge and a crane to perform the off-shore dive.

It’s not a coincidence that Natick, off Orkney, is also the site of the European Marine Energy Centre (EMEC). The wave energy supplying test center wasn’t conceived as a data center solution provider, but it has become a resource provider for Microsoft. It hauled Natick around and has provided connections. The group believes their wave-energy resources are just as suitable for data centers.

“We have cables in the sea [there] just waiting for people to be ready to connect their devices that can transmit the necessary power and data to and from the shore,” says Neil Kermode, the group’s managing director, in a blog post.

“More than half of the world’s population lives within about 120 miles of the coast,” Roach says in the Microsoft article. “By putting data centers in bodies of water near coastal cities, data would have a short distance to travel to reach coastal communities, leading to fast and smooth web surfing, video streaming and game playing, as well as authentic experiences for AI-driven technologies.”