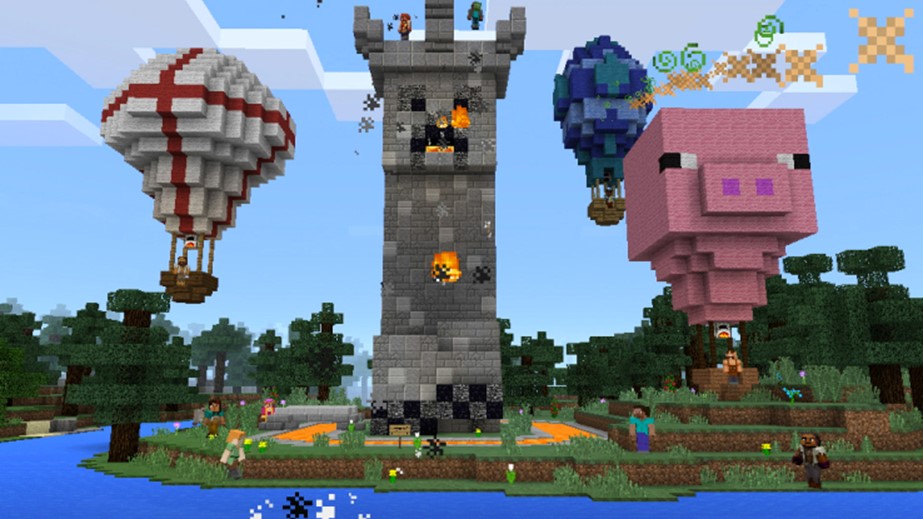 Minecraft, one of the most playable games of all time, is about to become all the more collaborative after it took a major step towards becoming a fully cross-platform title.

Mojang, the company behind the game which Microsoft acquired for $2.5 billion in 2014, took the floor at E3 to announce its first move to unite gamers across different operating systems.

A new update — dubbed “the friendly update” — now enables gamers on mobile (Android, iOS and Gear VR) and Windows 10 to play together through Minecraft Realms, which are essentially private, invite-only worlds for users.

The cross-platform support requires an Xbox Live account, but there won’t be support for the Xbox One console until later this year. (There’s no word on PC or Mac for now.) Prior to this development, gamers could play together only if they were all on mobile (Android or iOS), or on Windows 10, or on Xbox, but no variations of those platforms.

Another important tidbit for Minecraft’s 100 million-plus gamers: Realms can now be accessed even when the host — who pays the $8 monthly subscription fee — isn’t online. That provides more gaming possibilities and options.

While the cross-platform support is partial and it applies to Realms only, it is a telling step towards the Minecraft of the future: players connected across all platforms.

There’s one more thing, something more immediate for the Minecraft faithful, and that’s the introduction of “add-ons”.

Minecraft has thrived with a community of loyalists who have edited the game themselves to create different characters and worlds from the original. With a little new software you can have a Star Wars-themed Minecraft, live in a Frozen world, customize it with security agents, and many other hundreds of alternatives.

Now, Mojang itself is getting into the customization game.

The initial add-ons enable city-style building blocks or plastic blocks, while Mojang showed off some very cool customizations that turn the evil mobs of Minecraft into aliens, complete with a UFO base. The company isn’t saying too much more about add-ons for now, but it did tease that there will be more news in September when it hosts its annual Minecon event.

This week’s news follows a busy slate of Minecraft announcements of late, which have included plans to launch in China, a beta release of Minecraft Education, the use of real-world AI in Minecraft, and more.