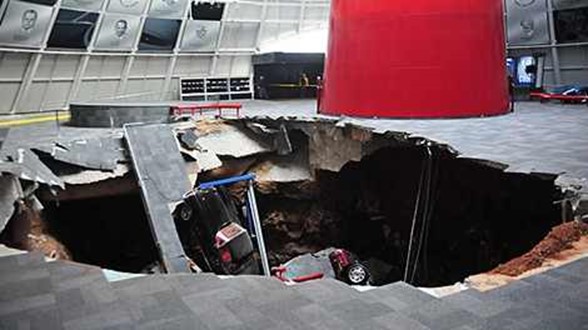 Eight Corvettes at the National Corvette Museum in Bowling Green are gone after a sinkhole opened under the Skydome portion of the facility Wednesday morning.

According to a news release, the museum’s security company alerted officials around 5:44 a.m. Wednesday when movement in the Skydome set off motion detectors.

Museum officials said when the arrived at the building they discovered the sinkhole and the Bowling Green Fire Department secured the area.

The release stated the following cars were affected:

The other six vehicles were owned by the National Corvette Museum including:

Stuctural engineers are being called in to survey the damage.

The museum is open to the public, but officials said the Skydome is closed to everyone, including employees, until it is deemed structurally sound.