Singapore will cut off public servants Internet access next year

In what seems like a surprising and drastic move, the Singapore government has decided that all computers used by public servants will have their Internet access blocked from May 2017 onwards.

According to The Straits Times, more than 100,000 computers will be cut off, in an effort to minimise security risks.

A spokesperson for the Infocomm Development Authority (IDA) said: “The Singapore government regularly reviews our IT measures to make our network more secure.”

Memos are being sent out to all affected parties including government agencies, ministries and statutory boards, and trials at the IDA — the agency leading the blockade — have already started.

Public servants will still be able to surf the web, but only using their own personal devices which are not linked to the government’s network or e-mail system.

Employees will also still be able to forward work emails to their personal accounts and separate Internet terminals will be set up for those who needed access for work-related matters.

News about this “extreme” decision has drawn ire from many Singaporeans who have criticised the government’s decision on social media. 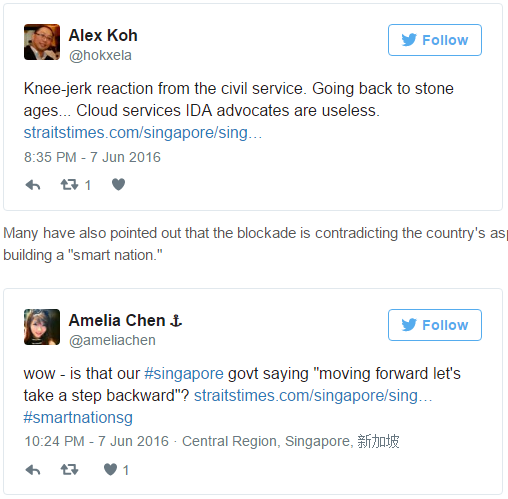