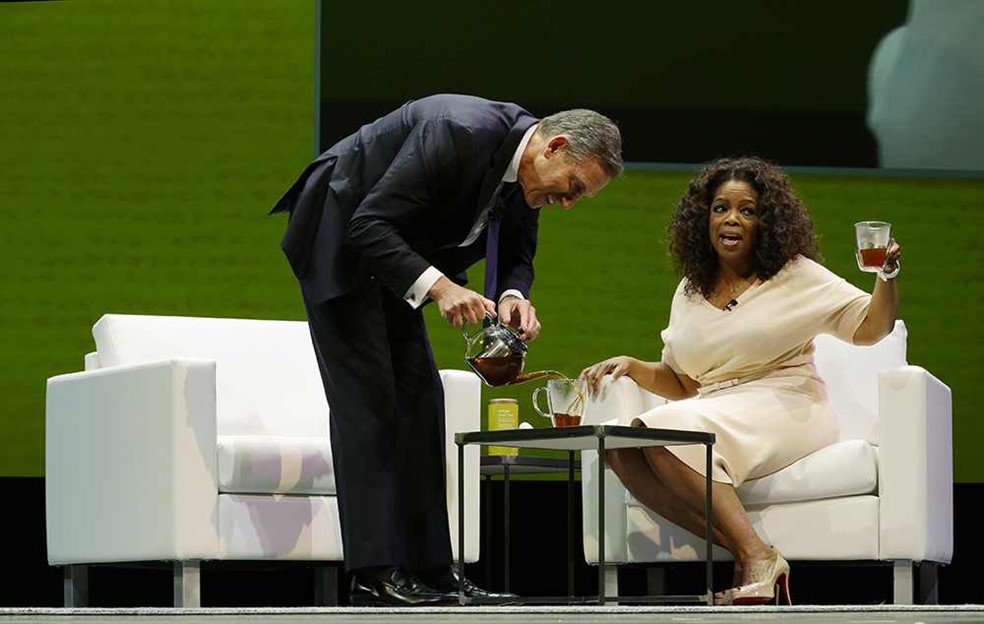 Starbucks is going to start selling alcohol at thousands of stores. In addition to wine and beer, Starbuck’s after-4p.m evening menu will include bacon-wrapped dates, truffle mac n’ cheese, chocolate fondue and other wine bar-type fare.

Starbucks first tested the idea in 2010 at a Seattle store, then tried it in 25 other locations in Chicago, Southern California, and Atlanta starting in 2012. “As we bring the evening program to stores, there’s a meaningful increase in sales during that time of the day,” Alstead said.

The expanded menu is better suited to bustling urban areas near other restaurants and theaters, Alstead told Bloomberg.

In recent years, Starbucks has been looking to boost its revenue by expanding beyond its standard coffee and croissant offerings – a good idea given the recent hike in wholesale prices of coffee and milk.

Starbucks will even be selling a celebrity-endorsed tea.  Oprah Winfrey announced at Starbucks’ annual meeting on Wednesday that she would back the brand. “Oprah Chai Tea” debuts April 29 at both Starbucks and Teavana stores, with proceeds going to education charities including the Oprah Winfrey Leadership Academy for Girls.

Starbucks’ innovation isn’t limited to their menu. Starting Wednesday customers can tip baristas through the Starbucks iPhone app. They are also testing mobile order-ahead options that would allow customers with smartphones to avoid long lines.