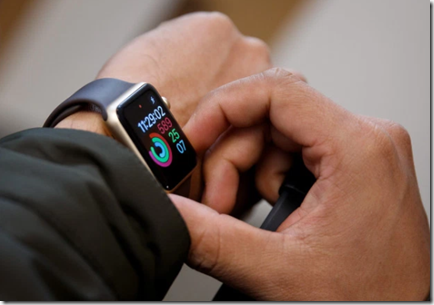 Your Dick Tracy routine with the Apple Watch may soon get a little more convincing.

Apple aims to release a new watch as soon as this fall that directly connects to cellular networks, enabling it to make phone calls, surf the internet and send messages by itself, according to a report.

Current versions of the Apple Watch have to be connected to an iPhone in order to perform flashy functions like streaming music, showing directions on a map and sending text messages.

But according to a Bloomberg report, the new Apple Watch will be equipped with its own LTE wireless chip, freeing it from its iPhone dependence — a drawback that has dinged the Apple Watch in past critical reviews.

Apple doesn’t break out Apple Watch sales specifically, and analysts have long reckoned the product has been a flop since Apple launched its first watch in fall 2014.

Improving the battery life of the Apple Watch has been a focus in the upgrade efforts, according to the Bloomberg report.

The new model under development also may have new software features such as additional Siri-enabled functions, the ability to connect to gym equipment, display news stories and send payments.

Apple will buy the LTE chips from Intel, which has been vying with Qualcomm for chip sales to Apple, according to the report. With Qualcomm and Apple locked in a legal dispute, Intel has been chosen as the chip maker for the new watch, the report said.

Big carriers including Verizon, AT&T, Sprint, and T-Mobile US, plan to sell the new product with wireless plans, Bloomberg sources said. Apple is still hammering out the details of the release of the new device, which may have to wait until next year.