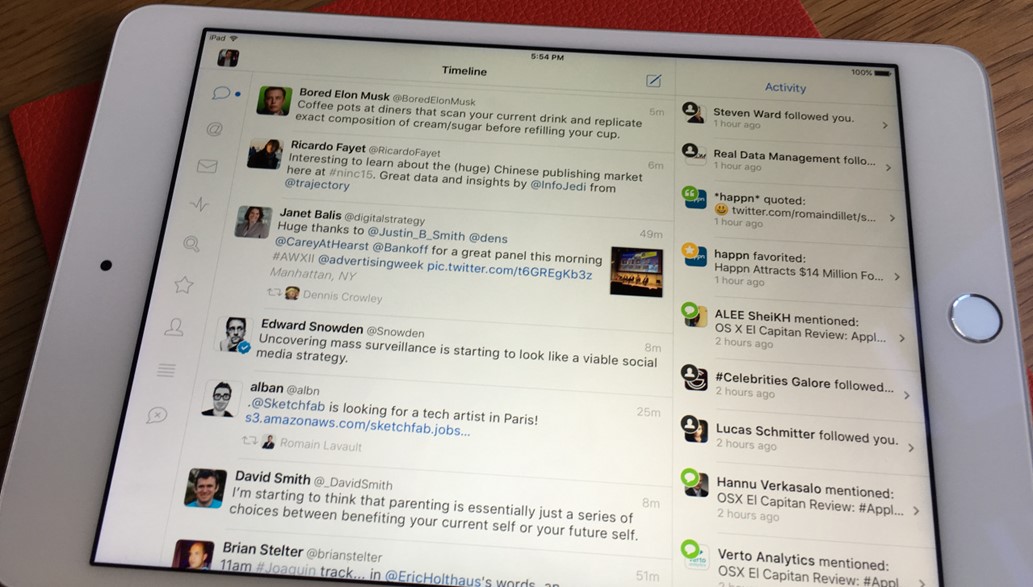 Third-party Twitter client Tweetbot is back with a new major version. Developed by three-man development studio Tapbots, Tweetbot has been a long-time favorite of iOS Twitter users who were dissatisfied with the official versions of the Twitter apps. With this new version, Tweetbot secures this position thanks to a few great new features, starting with a huge iPad update.

Tweetbot 4.0 is now a universal app that works for both the iPhone and the iPad. It’s a new app in the App Store available for $9.99. But the app is on sale at $4.99 for now. Once the launch sale is over, Tapbots will create an Update Bundle in the App Store for existing Tweetbot users, letting you complete your bundle for $5. Pretty neat workaround as the App Store still doesn’t provide an upgrade pricing mechanism.

Tweetbot is a polished, well-designed app, and this update is no exception. I’ve been using previous versions of Tweetbot for years — it’s even my most used iPhone app by a wide margin. The main reason why is that this app is a pure joy to use. It looks fantastic and works amazingly well, especially when you see it in action.

As a reminder, Tapbots already released an iPad version of its Twitter client, but it hadn’t been updated in a long time. In fact, it had never been updated for iOS 7 design standards — iOS 9 was just released, so it’s been a while.

But this is a thing of the past as Tweetbot 4.0 features the same modern design on the iPhone and the iPad. I would say that it is by far the biggest change with this update.

And yet, it isn’t just a visual refresh for the iPad app, as it now supports all the new features in iOS 9. For instance, you can use Split View and keep Tweetbot on the side while you do something else with your iPad. Tweetbot now also uses the newly introduced Safari View Controller for links, meaning that you can take advantage of content blockers, Safari extensions and more. It’s like having a mini version of Safari inside Tweetbot. If you put your iPad in landscape mode, Tweetbot now features a new activity column, showing your last mentions, retweets and new followers. 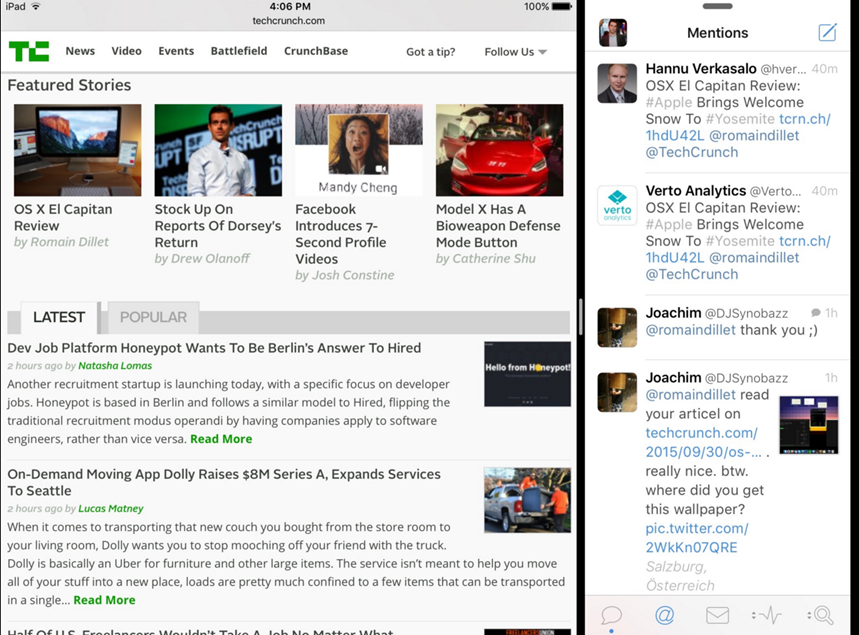 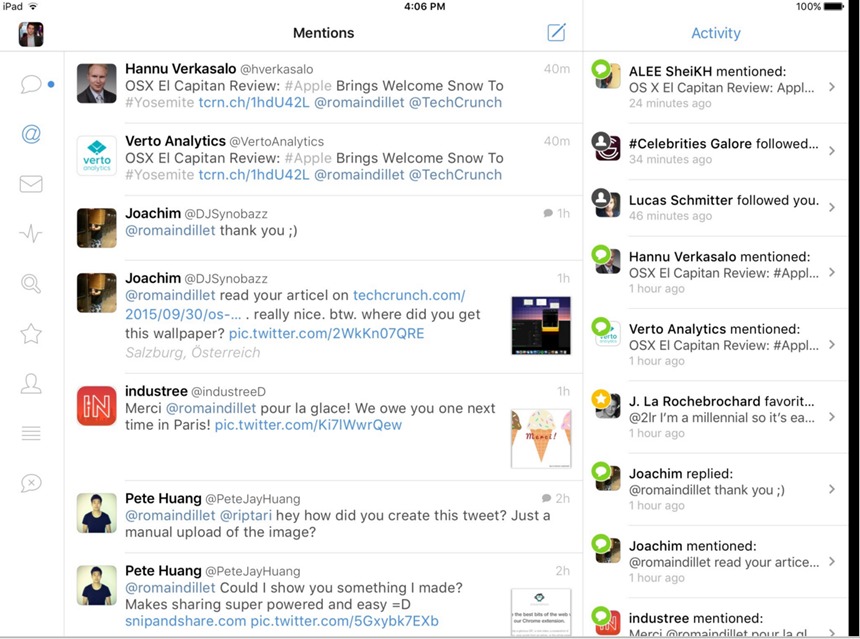 In addition to these improvements, there are a few design refinements here and there. For instance, you can switch between the existing day and night themes by swiping up and down with two fingers. This gesture is very reminiscent of a light switch, and it’s the kind of playful implementations that make Tweetbot stand apart from most iOS apps.

The profile view has been redesigned, and the activity tab I previously mentioned is also available on the iPhone. The iPhone also supports landscape mode now. A couple of other things changed, such as the action bar color below a tweet or the app icon, making the app color palette a bit more colorful.

All the existing strengths of Tweetbot are still there, such as granular muting of users, hashtags or keywords, Instagram previews, timeline syncing between the iOS and Mac app and more.

The superior design alone is already an important selling point for me. I don’t plan to switch to the official Twitter app anytime soon because Tweetbot has raised the bar when it comes to Twitter clients on iOS. 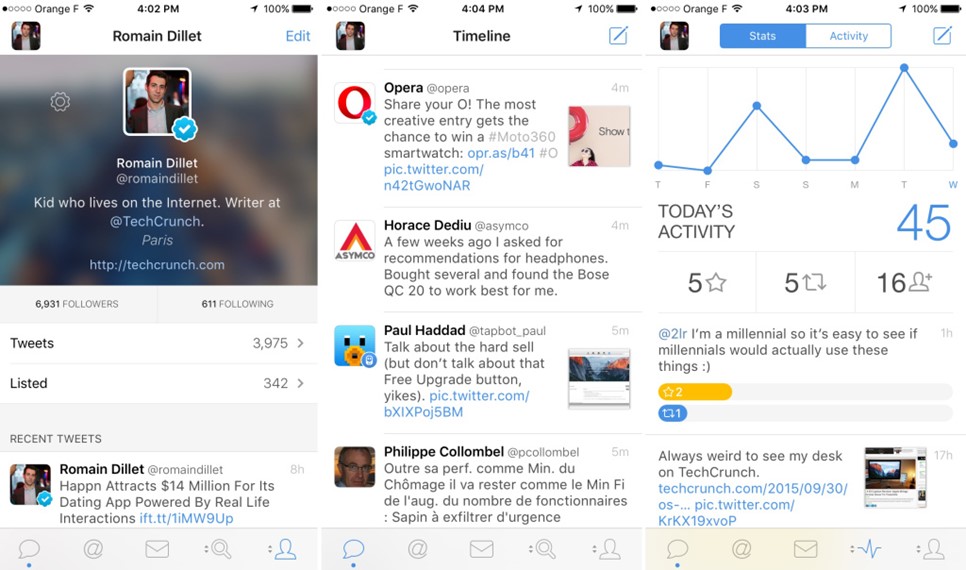