As the nation recovers from the tragic violence caused by pro-nazi and white supremacist rallies that took place in Charlottesville, Va., Twitter users have been mobilizing to identify the participants in the weekend’s events.

Since early Sunday morning, the @YesYoureRacist account has been calling on Twitter users to identify participants in the rally. 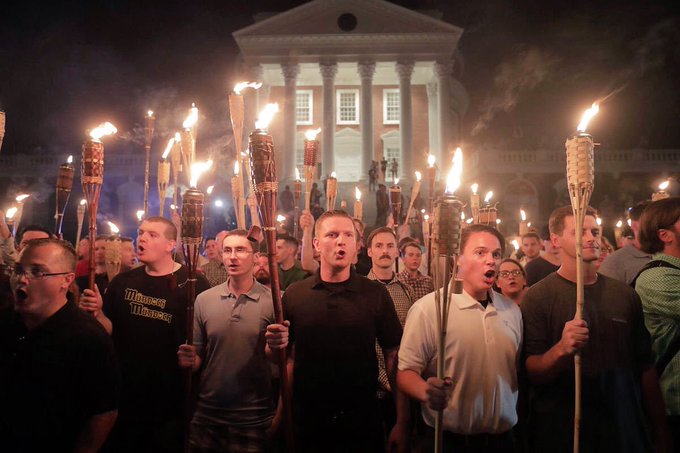 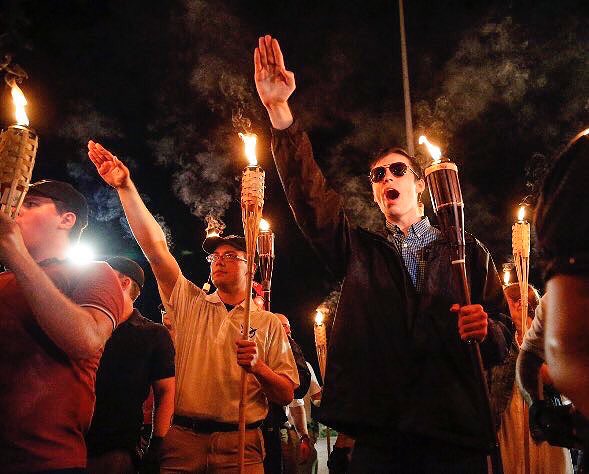 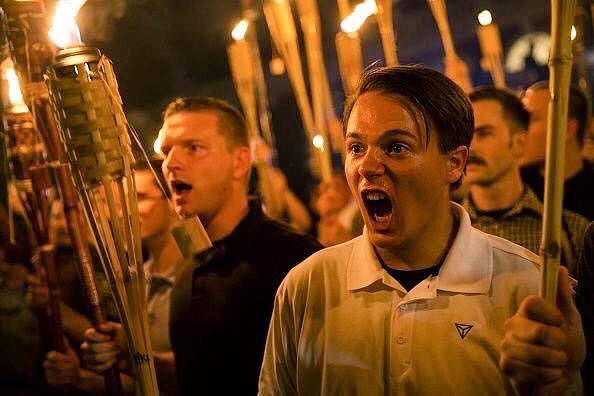 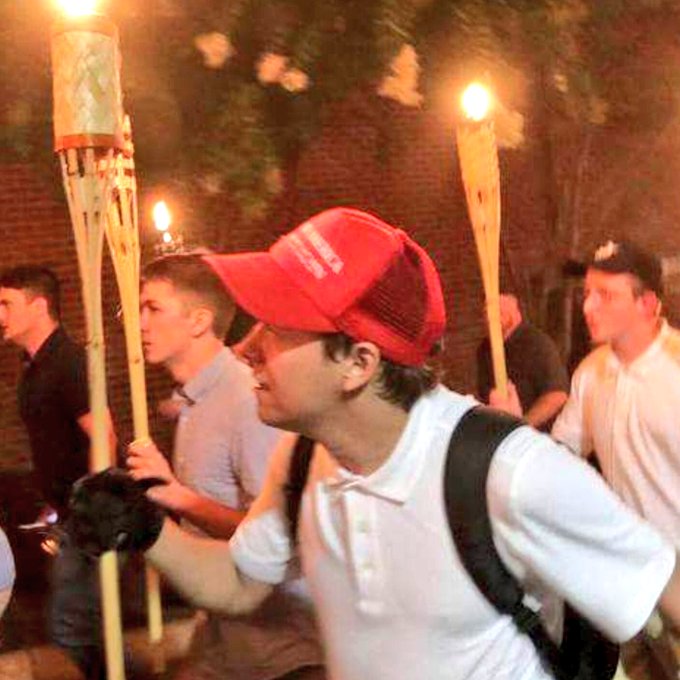 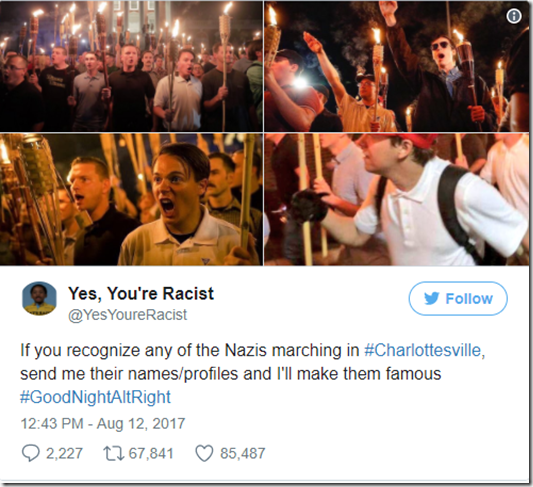 Other accounts (like @shaunking of the NY Daily News) quickly took up the cause and within several hours one of the participants in the rallies had been fired by his employer. 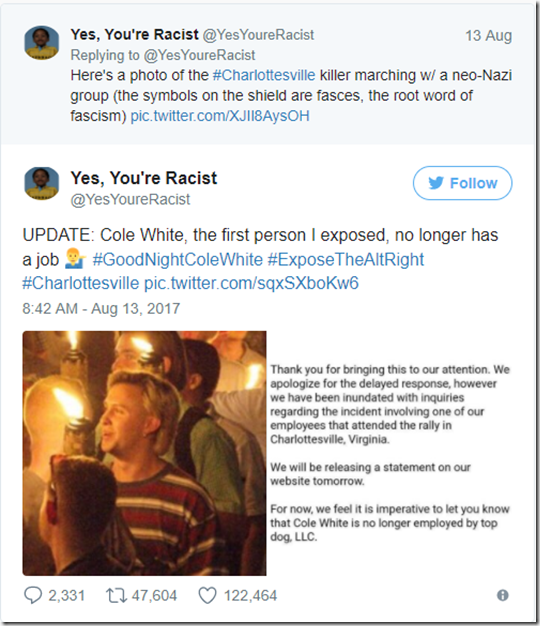 Identifying participants in a public rally by name does not violate Twitter’s terms of service (something Jason Del Rey noted in a Recode article earlier today) . Twitter only suspends accounts if the poster includes private information like a phone number, social security number, or home address.

The rallies in Charlottesville, which brought together an assortment of neo-nazi, white supremacist, and “alt-right” organizations to protest the removal of a statue of Robert E. Lee ended in tragedy late Saturday afternoon when Heather Heyer, a resident of Charlottesville, Va., was struck and killed by a car driven by a participant in the white nationalist marches.

The police arrested James Alex Fields Jr., a resident of Maumee, Ohio, and charted him with second-degree murder for the attack.

The identification of participants in the white nationalist demonstrations have brought up the specter of doxing — when private information is released online to harass (or encourage the harassment of) a private citizen.

But, as Dave Weigel noted earlier today, the identification of participants in a public rally isn’t doxing.

Weigel was referring to the identification of Peter Cvjetanovic, a University of Nevada, Reno, student who was identified by @YesYoureRacist and subsequently gave an interview to a local Reno television station. 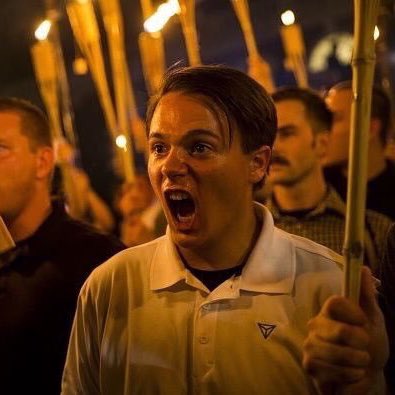 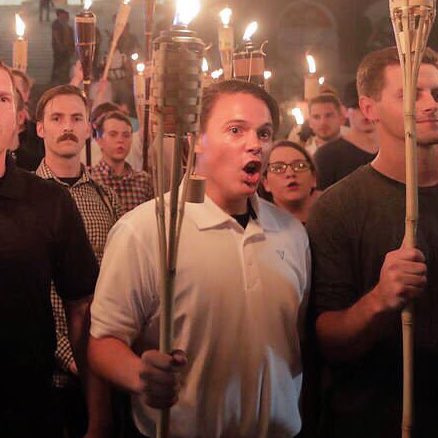 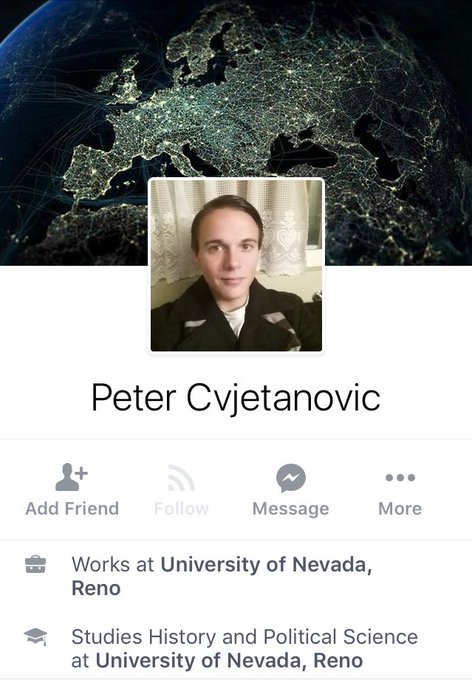 Cvetjnanovic participated in the protests, he said, because the removal of the statue was a symbol for “the slow replacement of white heritage within the United States and the people who fought and defended and built their homeland.”

Cvetjanovic also wanted people to know, “I’m not the angry racist they see in that photo.”

As the firing of Cole White indicates, the identification of participants in these protests has implications and not everyone online is comfortable with the outing of protestors (on both the right and the left).

It’s also true that the Twitterati can make mistakes — which was the case when the conservative YouTube celebrity Joey Salads was accused of attending the rallies. Salads (not his real name) was actually vacationing in Jamaica.

Companies are well within their rights to fire people for their political beliefs, as this New York Times piece from 2015 outlines.

For private employees, who account for about 85 percent of the work force, the First Amendment’s guarantee offers no protection from being fired for something you’ve said, either in the workplace or outside of it, as on social media. That’s because the amendment addresses actions by the government to impede free speech, not by the private sector.

And while federal laws bar employers from firing workers because of such variables as their race, religion and gender, there is no such protection for political affiliation or activity.

Even in states like New York and California, which have adopted laws that provide the most cover for political speech, people can be fired for expressing their views (in or out of the workplace).

The broadest-based laws, such as those in California and New York, make it illegal to discriminate on the basis of an employees’ political activity or beliefs in or out of work, Ms. Brantner said, unless such activity interferes with the functioning of the business.

Businesses can take a broad view on what kinds of activities interfere with the functioning of a business, and the law offers little protection.

It’s that kind of legal backdrop that has made some commenters question the outing of the neo-nazi and white nationalist participants in the rallies in Charlotte.

The question seems to revolve around something that my colleague, Brian Heater, brought up earlier today.

The new generation of white nationalism seemingly does not see the need to hide behind hoods as their intellectual forebears may have done, because they do not think they will be held accountable for their views.

But there’s no anonymity online these days, and anyone who acts in public can potentially face public scrutiny. The question is whether the people marching on a weekend are willing to have their views circulated in an office on Monday morning.