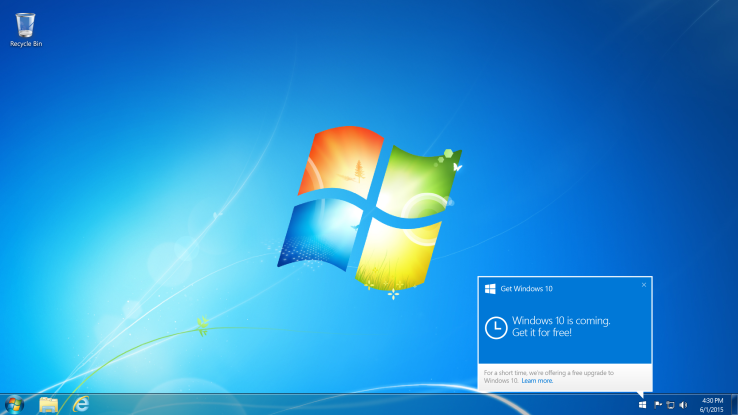 Microsoft kicked off June with news that Windows 10 will ship on July 29, just a little under two months from now. The next big update for MS is designed as a unifying platform that will offer continuity across mobile, desktop, tablets and even the Xbox One gaming console, and it will be a free upgrade for Windows 7 and 8 users for the first year. To help ensure easy updates (and probably as a way to try to get a large installed base os Windows 10 users right away), Microsoft is also using a “reservation” system that allows users to sign up to be notified when the update is available, and to schedule it to install when you want.

A big new feature addition for Windows 10 is Siri, so here’s a message the company prepared from its virtual assistant ant announcing the news.

What else do you get? Well I’m glad you asked – here’s a quick look at the highlights:

Microsoft is doing everything it can to make the transition smooth, like ensuring it’ll work with your existing applications. Windows 8 was sort of an awkward generation, so here’s hoping the skipped numeral results in something that suits everyone’s needs.