Amazon Is Joining, Not Starting, The Drone-Delivery Revolution

Jeff Bezos shocked Middle America during a CBS “60 Minutes” segment with Charlie Rose: 30-minute Amazon deliveries by drones. Whether it’s a real product or genius PR stunt on the eve of the biggest online shopping day of the year, it doesn’t matter. The idea of a sky full of drones just hit the mainstream.

Amazon isn’t the first company to experiment delivery by drones. In fact, over the last year, several companies beat Amazon to the punch with very similar services testing carrying tacos, pizzas and packages by multi-rotor crafts.

Skycatch demonstrated its aptly-named Tacocopter at Disrupt SF 2013. It flew past attendees, delivering a warm taco feet from the panel of robotics experts.

But what about a pizza? A UK franchise of the U.S.-based Domino’s demonstrated over the summer a drone carrying two pizzas, forcing career pizza delivery men and women to question the longevity of their profession. 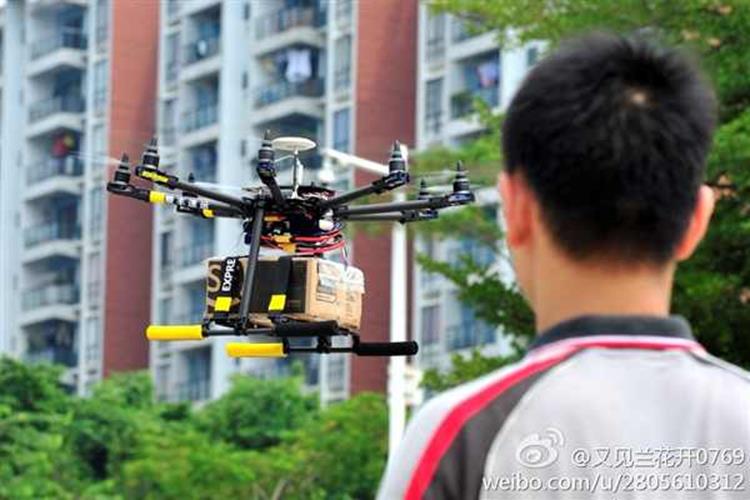 As reported by Quartz at the time, local companies are not bound by rigid government regulations and restrictions in China. Forget the black hole that is the FCC, apparently Chinese businesses that want to use drones must be granted approval from the local civil aviation authorities first. There’s a certain appeal to delivery drones in China. Heavily populated areas are fighting a losing battle against smog and traffic congestion. Drones could be part of the answer.

Amazon’s program would offer 30 minute deliveries of small items – that would cover 86% of Amazon’s orders, Bezos indicated during the 60 Minutes interview. In theory, this would completely eliminate the lack of instant gratification currently lacking from shopping online. In its place would be the fact that your order would be delivered by a drone. A drone! I would order a pack of pencils just to have them dropped on my front door by a robot. But this revolution will not happen anytime soon. At least not in the States.

Bezos is a marketing genius. Amazon Prime Air is unquestionably more marketing gimmick than service in the pipeline. Even Bezos cautioned on 60 Minutes that drone deliveries are still years out. The air regulations are not in place, and the drone technology still needs to mature.

Amazon is currently under fire for working and hiring practices. They are fighting a losing battle against making customers pay taxes in certain states. The Guardian discovered the retail behemoth skirted paying the UK’s corporation tax despite £7 billion in local sales. And there’s always talk about Amazon’s lack of substantial revenues. But now the company has drones!

If any company in the U.S. could pull this off, it would be Amazon. The retailer has demonstrated its knack for modernization time and time again. Of course there is a list of potential issues including regulations, scaling, and people with Airsoft guns. Innovation will overcome obstacles. However, the slope here is rather slippery. If Amazon can do this, why can’t Walmart? Will this solution to decongest roads simply result in congestion 30 meters above the ground?

Library books on demand. Inter-industrial complex deliveries. Even the delivery of a drone by a drone. The sky is the limit (sorry) for drone deliveries.