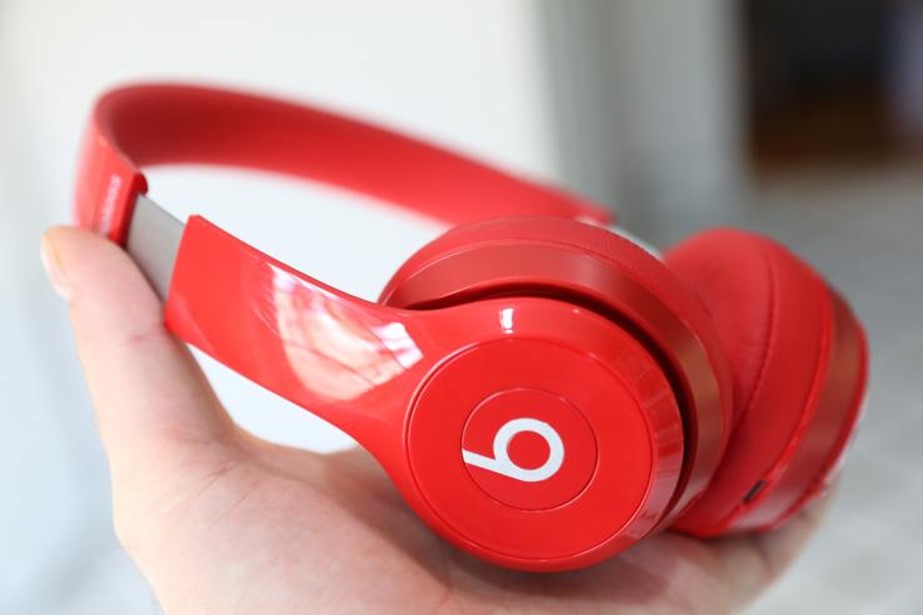 Beats is taking its Solo line wireless, with a new set of Bluetooth cans that match the wired Solo2 almost exactly in terms of external design. Surprisingly, they also match their wired counterpart in terms of sound, both when used with the included aux cable with inline remote, and when they’re used with the Bluetooth wireless connection. And after Beats took its sound engineering back to the drawing board for the Beats Solo2, that means they sound surprisingly good.

The Beats Solo2 Wireless comes as close to replicating the Solo2 signature design as possible, with just a few fractions of a millimeter different in dimensions due to the need for a battery within the case. The mirroring of the design of the two products was intentional, and a desired goal from the start, because Beats wanted these headphones to share all the same traits, except of the addition of wireless functionality in these new Bluetooth versions.

The retention of the same design is smart not only to unify the Solo product line, but also because they have really top-notch fit and finish to begin with. The new design is a lot more visually appealing than the previous Solo, with fewer line breaks and softer angles. They’re still plastic, and contain little in the way of metal surfaces, but the high-gloss look works well with Beats’ bold colors (red, black, white and blue are options for the Wireless model at launch).

Solo2 Wireless packs padded cups and headband, and both are soft and comfortable for all-day use. They’re lighter than the Studio version of Beats’ headphones, and the on-ear design will probably be preferable for some. They fold up into a decently portable package, and will stow in the included soft case when you want to take them travelling. The soft case itself also contains padding, so you can throw them in a bag without much concern about their overall safety.

Beats has gone from a brand whose headphones I’d never recommend, let alone own myself, to one that is right up there with some of the better general consumer market audio companies in terms of audio quality. For them to have accomplished that between a single generation of hardware is impressive. What’s more impressive is that the Beats Solo2 wireless headphones deliver sound that is consistent regardless of whether you use them wired or wireless, and that in both cases, there’s a warmth out of the box that you don’t generally get from audio equipment without a decent break-in period.

There’s no active noise cancellation here, but he ear cups do offers a certain amount of passive filtering out of surrounding sound, which is plenty for most use cases. The audio also doesn’t suffer from any kind of inherent background hiss or static, again regardless of whether you’re using either wireless or wired connection.

The Beats Solo2 Wireless is rated at 12 hours of use on a single charge, and in practice I did get a good amount of listening out of them – definitely enough for a long day at the office, and for most flights you’ll ever have to take. Plus, they work with the included remote cable whenever you do run out of juice, so you won’t be left in the lurch.

For a wireless pair of headphones, 12 hours of continuous use is a very respectable duration, and Beats has also included its LED light indicator to tell you how much batter you have remaining. And if you’re using them with an iPhone or iPad, there’s also a battery indicator icon that will show up in your status bar once you’ve paired them with your device.

The Beats Solo2 Wireless Headphones are the first new hardware from Beats to arrive post-Apple acquisition, but they’ve been in development long before the deal came together, and they shared a development cycle with the wired version which debuted earlier this year. Beats staggered their launch to make sure the wired version got its own spotlight, and to refine the additional engineering required to make sure the wireless version had identical sound, without any kind of artificial enhancement or EQ trickery.

Overall, the company accomplished what it set out to do with the Beats2 Wireless – these feel like they should become the new default option for customers shopping for a pair of on-ear wireless headphones. Price is still an issue, as it’s a 50% premium over the wired version, but there’s a lot more engineering involved, too. And thanks to that work, these don’t feel overpriced, per se – the added convenience of wireless features is hard to quantify, but if you’re concerned about budget, check out Solo2 or other wired option first.