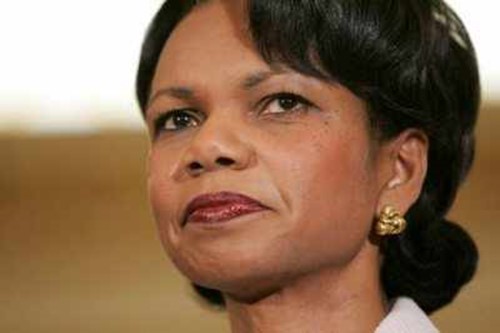 Dropbox is in the news today after launching a number of new products and features at a morning event in San Francisco. The company debuted Carousel, a photo storage and sharing service, along with the release of its Dropbox for Business offering to the general public, and an Android client for its Mailbox email solution.

Rice is a famous figure, known in almost equal parts for her ferocious intelligence, and controversial role in the Bush administration, which included comments on alleged weapons of mass destruction that Saddam Hussein was thought at the time to possess.

BusinessWeek initially reported the board pickup in a longer piece on the company. According to the magazine, Rice’s firm RiceHadleyGates has been an active advisor to Dropbox. TechCrunch confirmed the hire.

What’s interesting about bringing Rice onto Dropbox’s board is how normal it feels. Dropbox needs people with international experience to help it at once deal with foreign governments that have blocked its use — China, for example — and as it works to spread a product developed in one country to others that are culturally different.

Rice certainly possesses that expertise. Box, a rival to Dropbox, has also made a recent push to expand internationally. In a market as competitive as this, you must be everywhere.

Dropbox announced two more executive changes. The company has a new CFO, Sujay Jaswa, who is being into the role internally. Also, hailing from Google is Dropbox’s new COO: Dennis Woodside. In the post announcing those changes, it reaffirmed the above, indicating that Rice will help the company with its international operations.