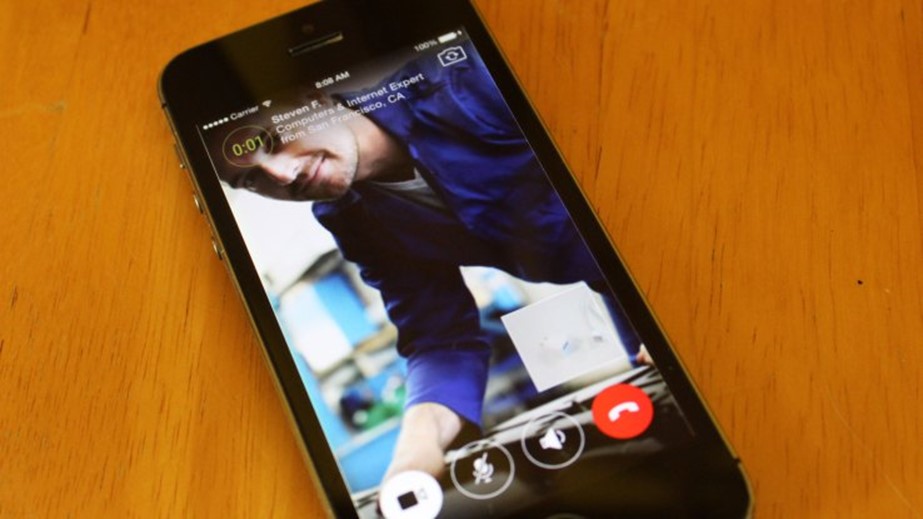 For nearly 10 years, online Q&A site Fixya has offered a way for web searchers to find information and receive troubleshooting support from area experts and other local pros. Today, the company is heading in a new direction with the launch of 6ya, a mobile app that lets consumers get product help and advice by way of a voice or video call from Fixya’s network of repair experts in 6 minutes or less.

The service is available on a subscription basis for $6 per month, offering the ability for users to place an unlimited number of support calls.

With 6ya, explains Fixya founder and CEO Yaniv Bensadon, the goal is to help fill the void on the market between customer support and repair. That is, there are times when consumers aren’t sure if anything is wrong or that they need to actually schedule a repair – they first need to troubleshoot the problem for themselves.

However, researching the product online is often too-time consuming – not everyone has the hours to spend looking up possible fixes or even using Fixya’s own Q&A site for help with getting answers. Instead, 6ya users will just be able to launch the app on their smartphone, choose the product category they need help with (e.g. cars, computers, smartphones, home appliances, etc.) and then be immediately connected to a knowledgable expert.

Many of 6ya’s experts are being sourced from Fixya’s online community, while others are former Apple Genius bar employees or former Best Buy Geek Squad members. Bensadon tells us that more than a million experts were invited to apply to join 6ya, but after vetting their qualifications and performing video interviews, the company narrowed it down to a few hundred who will be available as the product launches.

As more of an “advice” marketplace available by way of an app, Fixya/6ya isn’t liable for repair attempts gone bad – which helps it to reduce its potential liability. The experts aren’t showing up in customers’ homes, either, and they’re not suggesting or training customers on advanced repairs.

Instead, experts offer more operational advice – normal troubleshooting steps that any consumer might try to resolve a problem before determining that a repair is in order. The experts will also be able to diagnose those problems that actually do need an expert-level repair or warranty support, for example, but they don’t get involved in that type of repair themselves. 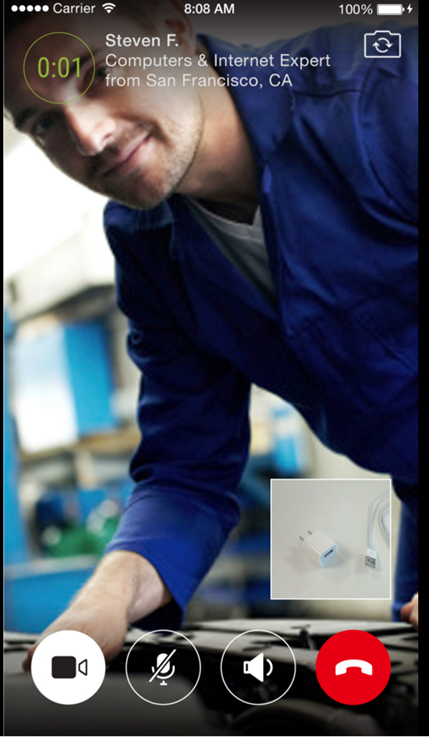 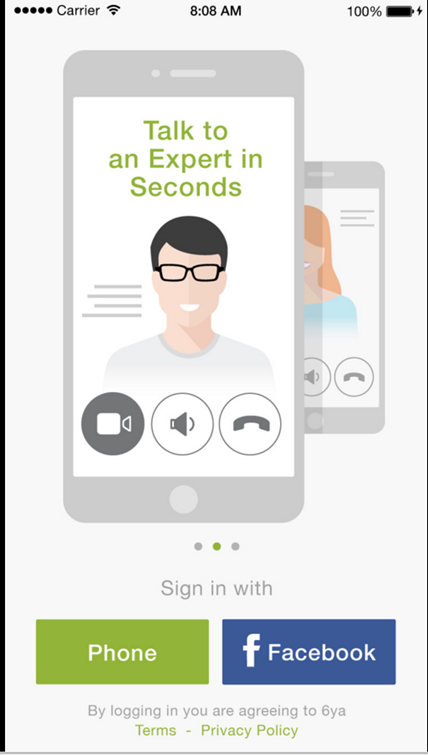 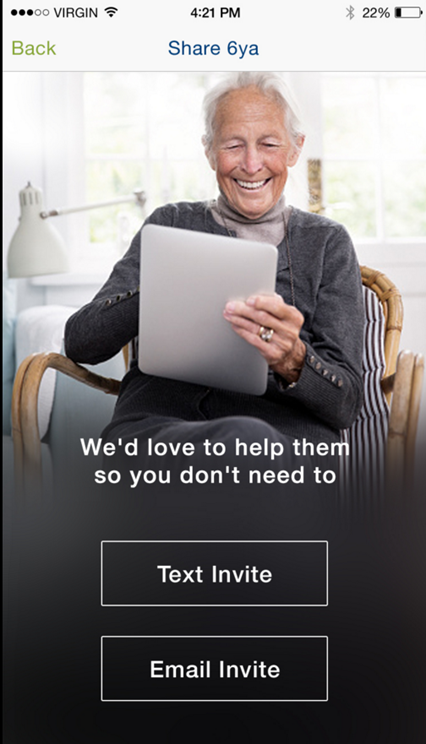 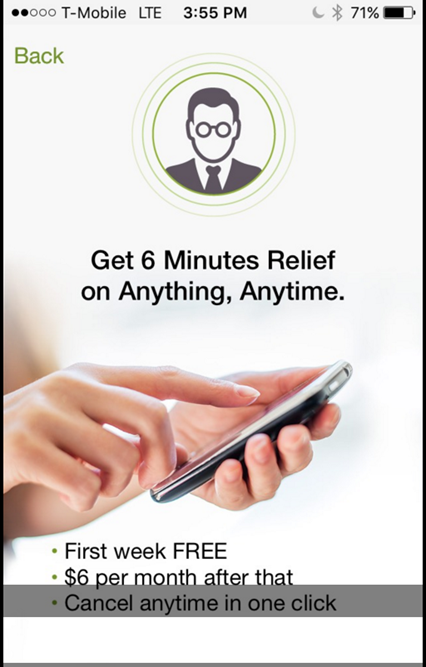 The 6ya service, to some extent, competes with other sort of “Genius Bar-on-demand” offerings now arriving on the market. For instance, a service called Eden dispatches tech support reps to consumers’ homes – and now, businesses, too. Meanwhile, former Apple retail chief Ron Johnson is working on Enjoy, a service that delivers tech devices from experts who can also aid in installation tasks and training when they arrive.

But both of these services involve more time and effort on a customer’s part – and require techs to come to the home. 6ya wants to place the tech in the home virtually, by way of the smartphone’s camera and video calling function. This allows the customer to show the tech the problem directly, while also explaining the situation by voice. The experts will then offer suggestions of how to fix the product or sometimes even text links and other tips to the callers, but they stop short of holding the customer’s hand all the way through the troubleshooting and repair process.

In other words, they may suggest tightening a screw or installing a new printer driver, but they don’t stay on the phone while the customer does so. (Longer calls where this level of support is available may be sold as an add-on in the future, however, notes Bensadon).

After the call, customers can rate the support they received. Experts, meanwhile, make $3 per call. At that rate, however, it’s more likely that experts will take advantage of 6ya as a way to make some extra cash on the side (or even market their own repair business), but not turn to 6ya as the primary way they make living.

“We feel there’s a bigger and untapped market…for all those people who don’t need a repair,” Bensadon says, explaining why 6ya decided against a model that would dispatch techs to customers’ homes. “Plus, from our experience…there’s a huge amount of overhead and cost when you need to get thousands of people that need to be trained to go into someone’s home. We can help many more people with a different type of service,” he says.

So far, Fixya has invested close to $3 million in this new business arm, with another $2 million already committed to help 6ya launch and scale, including expansions to other English-speaking markets outside the U.S., like Canada, the U.K, and Australia. Fixya itself hasn’t raised capital since 2007, and is cash-flow positive with a $10 million run rate. However, it may raise again to fund 6ya in the future.

The service is going live today as an iOS application available as a free download on iTunes.

6ya features a handful of categories at launch, including computers/internet; smartphones/tablets; cars/trucks; home appliances; and general handyman/electrical work. By year-end, 6ya plans to offer 150 categories.