Microsoft gives away Windows 10 to anyone who asks

Yes, Microsoft is giving Windows away for free to people who don’t technically qualify for the upgrade. That’s a good deal, but it’s not that big a deal. Here’s why. 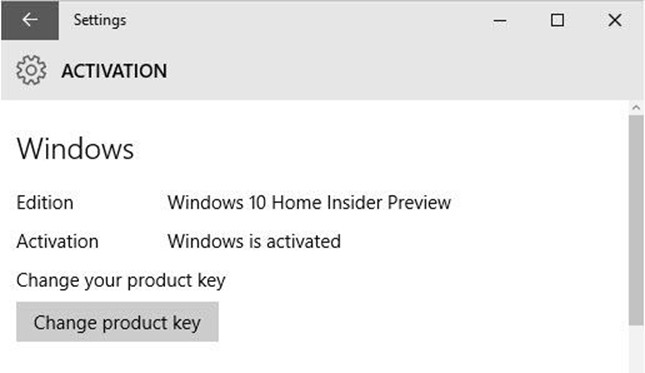 This PC gets a free Windows 10 upgrade, no questions askedIn the always confusing world of Microsoft licensing, there are two sets of rules.

One is written down in license agreements, drafted by Microsoft’s large legal team, with separate terms for PC makers and end users. These combined terms are extremely specific about the rights and responsibilities of every party to the license agreement. They are aimed primarily at Microsoft’s commercial customers and its PC-building partners, who account for more than 98 percent of all revenue from Windows desktop licenses.

The other set of rules is unwritten, for the most part. But its terms are fairly easy to deduce. They are intended for hobbyists, enthusiasts, and IT pros who like to tinker with Windows and PC hardware. Microsoft’s TechNet program was a long-running gift to this group, offering thousands of dollars’ worth of Microsoft software for a few hundred bucks.

The Windows Insider program is being run in that same spirit.

Every once in a while, Microsoft actually makes a public statement tacitly (and carefully) acknowledging those unwritten rules. That happened this week, with an announcement on Microsoft’s official Windows blog outlining what’s next for registered members of Microsoft’s Windows Insider program:

Windows Insiders running the Windows 10 Insider Preview (Home and Pro editions) with their registered MSA connected to their PC will receive the final release build of Windows 10 starting on July 29th. This will come as just another flight. I’ve gotten a lot of questions from Windows Insiders about how this will work if they clean installed from ISO. As long as you are running an Insider Preview build and connected with the MSA you used to register, you will receive the Windows 10 final release build and remain activated. Once you have successfully installed this build and activated, you will also be able to clean install on that PC from final media if you want to start over fresh.

One thing you’ll notice if you read that section carefully is that it doesn’t contain any legal language. In fact, the word license doesn’t appear anywhere in the post.

Update, June 21: Via Twitter, Tom Warren of the Verge points out that the post was edited overnight to change the wording, removing both references to activation. Here’s a comparison of the changes:

Those edits, of course, simply muddle the description and were clearly added at the insistence of one or more of the aforementioned lawyers. In fact, the last sentence contradicts everything that came before it in the paragraph. I am confident that no change is going to be made to the delivery and activation servers for Windows 10. But at least the folks in L&C are now happy.

It’s also worth noting comments on that post are closed, which prevents customers from asking for clarification.

Update 2, June 21 12:15PM PDT: On Twitter today, a day after these legalese changes were made, Microsoft’s Gabe Aul confirmed that registered members of the Windows Insider program who upgrade from a clean install of the preview edition will end up with a fully activated copy of Windows 10.

It’s no accident that the post, even as edited, makes no mention of the Windows license. Instead, it’s a reflection of the fact that those unwritten rules have to remain unwritten. So, with a wink and a nod, here’s what it means to individuals who aren’t PC builders or part of an enterprise network: