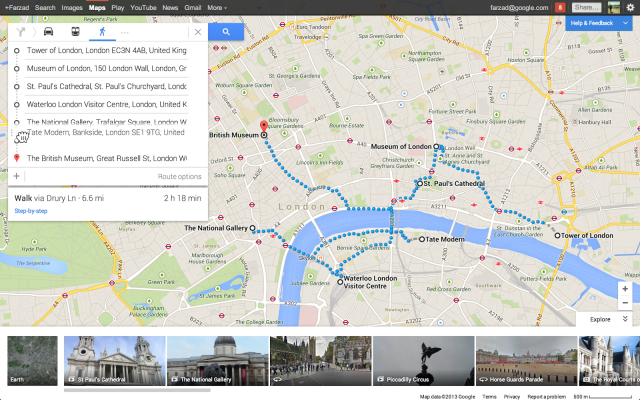 It also lost some features, though – and when you take away things that people (like me!) have been using for years, those people (like me!) get sad. One of the features that got washed away in the refresh: multi-destination trips.

At long last, it returns.

To add a new location to your route, just click the little plus sign below the list. Once you’ve got all your destinations listed, they can each be dragged up or down to adjust the order of your route accordingly.

To be clear, this change only really affects those of us who’ve taken the plunge into new Google Maps land; those undaunted by the occasional bug or five, those willing to turn a blind eye to the new interface’s seemingly insatiable hunger for every cycle your CPU can throw at it (though, admittedly, the Beta has gotten a lot less resource intensive since launch). If you’re still on old Google Maps, you’ve had multi-stop directions all along.

Meanwhile, New Google Maps has also picked up a few new tricks by way of its product-brother-from-another-mother, Google Now.

If Google is aware of an upcoming flight, hotel, or restaurant reservation on your schedule, that data will now be pulled straight into Maps whenever you’re signed in. Searching for “SFO”, for example, would trigger a drop down list with your upcoming flight’s details. You’ll probably want all that databefore you find yourself searching for directions to the airport — but when the taxi driver asks “Which airline?” and you realize you’ve completely forgotten, keep that one up your sleeve.

Lastly, Google Maps is also now piping in data about upcoming events in a given area or at specific venues. Search for “music venues” and it’ll plot out music venues in the currently shown region and toss up a smattering of upcoming shows. Search for a specific venue — like, say, the Oakland Coliseum (Go A’s!) — and they’ll try to dig up everyone who’s playing there in the next few weeks.