One Small Step For Unbundling, One Big Leap For HBO

This week HBO finally announced the arrival of HBO Now, a streaming over-the-top access pass to HBO content for $14.99 a month.

It will debut exclusively on the Apple TV for a three-month period (the first of which will be free to new users) and then expand to other platforms.

And after years of anticipation, debate and scrutiny, the process of unbundling the cable package has finally begun in a real way. The service takes HBO out from under the thumb of cable providers, such as Time Warner Cable and Comcast, and puts it squarely in the hands of consumers, whether or not they pay for 200 other channels.

Media companies have been fighting this transition away from cable for a long time. When Aereo provided over-the-top monthly access to live television through a rentable antenna, broadcasters such as 21st Century Fox, NBC, ABC and Fox joined together to drain the company dry of resources through long, and ultimately fatal, legal battles.

But as companies like Time Warner Cable and Comcast start to lose pay-TV subscribers as they grow in broadband customers, the argument that these media networks are making for the bundle is dwindling.

HBO is in a unique position to go over-the-top. For one, it holds some of the most in-demand and profitable content available on television. Customers have not only proven that they will pay $15 a month for access to their content, but in some cases will pay ~$100 on top of that just for access at all, as was required until the announcement of HBO Now.

HBO has also been testing the virality of standalone HBO for years now with HBO Go. One of the main obstacles in over-the-top content for a media company is that cable providers are not only distributing their content, but they are providing customer service, as well as built-in marketing. A cable package inherently provides access to channels customers may have yet to discover, not to mention cross-channel campaigns advertising new television programming and upgrade promotions for new tiers of service.

HBO doesn’t want to sacrifice cable as a built-in marketing tool for its own content, but it has also seen the power of the password at work.

HBO CEO Richard Plepler said in an interview in January 2014 that he saw the sharing of HBO Go passwords as a marketing tool.

Pleper: To us, it’s a terrific marketing vehicle for the next generation of viewers, and to us, it is actually not material at all to business growth.

BuzzFeed: So the strategy is you ignore it now, with the hopes that they’ll subscribe later…

Pleper: It’s not that we’re ignoring it, and we’re looking at different ways to affect password sharing. I’m simply telling you: it’s not a fundamental problem, and the externality of it is that it presents the brand to more and more people, and gives them an opportunity hopefully to become addicted to it. What we’re in the business of doing is building addicts, of building video addicts. The way we do that is by exposing our product, our brand, our shows, to more and more people.

They’ve been watching the way that passwords travel across the country, from household to household, from device to device. They see what it means for one paying subscriber to spread HBO to their social graph. Netflix has data around the same form of word-of-mouth marketing, with its offering of multiple user profiles for each account.

And though HBO can’t necessarily provide customer service or billing to HBO Now customers, distribution partners like Apple and potentially Amazon could help fill in the missing pieces with HBO offering them a cut similar to the one they pay cable providers.

Which is why Plepler is encouraging broadband providers to join the fold and offer HBO Now over the top to broadband-only subscribers.

It is now slightly inaccurate to just call a company like Comcast or Time Warner Cable a “multichannel video programming distributor.” That’s the industry name for what they do, but it’s also a misnomer, considering how much of their business is now being driven by broadband.

But fret not, you pitiful soul that feels any ounce of compassion toward an ISP. This isn’t a bad thing for “broadband providers,” as they’ll henceforth be known.

With video content pouring into Apple TVs and Rokus and smart TVs and tablets and smartphones and laptops, the demand for more broadband service only goes up. Sure, some broadband providers also own media properties that they themselves benefit from the cable package, the way that Comcast’s media properties do.

But broadband providers without any media properties (such as Time Warner Cable) would benefit from The Great Unbundling. So would smaller local broadband/cable providers who can’t keep up with the increasing price of television content rights.

And though some broadband providers own different media properties (and don’t underestimate just how complex this web is), one truth remains the same: These guys own the pipes. Netflix, HBO Go or regular cable television wouldn’t be possible were it not for the large capital investment made by cable providers who now oversee access to the Internet.

In an interview with Re/Code’s Peter Kafka, Plepler makes his argument to broadband providers:

This is not binary. This is multilateral. Nobody is doing us any favors launching an HBO Now over-the-top product in their broadband-only services but instead choosing to enhance their own business. So we’re trying to make the logical argument that this is an additive proposition. And I think reasonable businessmen and women will see that as true.

You’ve got gold in the hills. We’re turbocharged for you to grow your business. Why wouldn’t you join us? Now — if you think we’re going to get stuck at the door and not be able to have maximum flexibility in growing our brand — that, I’m afraid, is not a tenable proposition either.

HBO isn’t the only media property looking to deliver on-demand streaming content to its customers.

Viacom also announced that it would be offering a standalone streaming service for Nickelodeon, where the company has seen a slight hit in viewership due to competition from kids’ streaming services on Netflix and Amazon. And we can’t forget YouTube for Kids.

Viacom is in an interesting position as it holds on to excellent programming in relatively niche categories, such as Music and Comedy. This is important because in the long term, if media properties are forced (through cable cutting) to unbundle and sell over-the-top, the piece that they will no longer be able to provide is breadth. Right now, you can watch almost anything on television, from a show about a dog trainer to an entire channel dedicated to infomercials to 24-hour weather.

This is made possible through the bundle. Media companies can afford to make more TV, despite how expensive it is, based on the price they can charge for their most-demanded content. Through the marketing channel of the cable providers, they can grow their own brands. It works, except for the part where consumers are paying for things that they don’t care about watching.

This puts all the more pressure on a company like Viacom, which depends so greatly on the cable provider to begin to build their brand through other distribution partners. Cable channels like MTV and Nickelodeon have brand recognition strong enough to enter the over-the-top market early in order to test against obstacles like pricing, marketing, advertising and customer service.

These shifts in the landscape are slow, but you can see hints of what to expect from what is already available. WatchESPN, the media streaming service attached to a cable subscription, is currently allowing some password sharing in the same way that HBO Go did. YouTube is renting out content.DISH Network is pushing its ‘any device, anywhere’ Sling service. It’s happening. 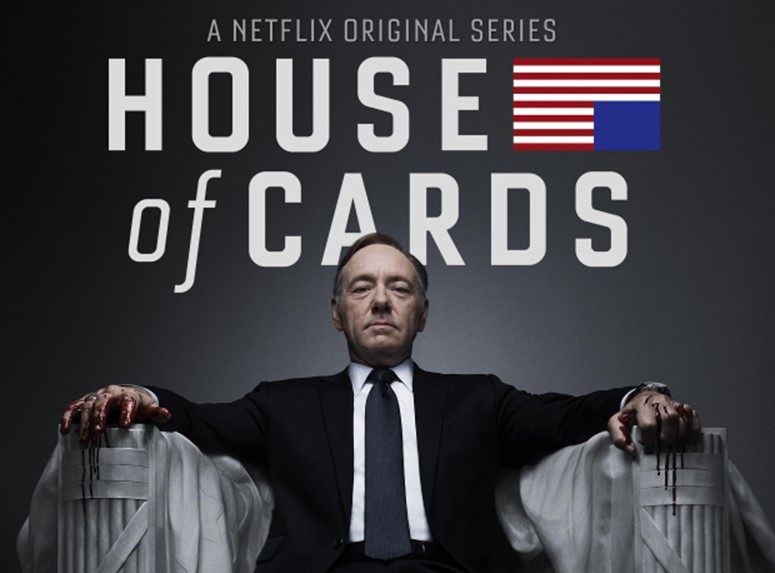 Through brute force, Netflix has forced another option into the market that offers loads of content all at once, on any device, without any advertisements. Not without its sacrifices, the Netflix model has proven the consumer love for on-demand content, binge-able seasons, and multi-platform convenience. And as a major player in content distribution, Netflix has forged its own path in media creation with properties like Orange Is The New Black and House of Cards, among others.

Meanwhile, Amazon is focusing on solving problems of the future by integrating consumer choice in a new, more cost-effective way. Since as early as 2012, Amazon Studios has been developing sets of series pilots, waiting to gauge consumer interest and demand before following through on completing development of the season.

And let’s not forget Hulu, which, to some degree, is massaging out the problem of advertising in a new, unbundled world. With advertising comprising the majority of media network revenue, Hulu’s method of offering customizable (and thus more targeted) ads is an interesting potential compromise between consumers and media companies.

To Improve Is To Change

To perfect is to change often.

That’s something the media industry has done a lot of. From radio to broadcast to cable to broadband, we’ve seen mergers and acquisitions and spin outs and buyouts. It’s a slow change, but it’s always happening.

As cable providers continue to lose video subscribers and transform into broadband companies, providing us with the growing amount of connectivity we need to consume this media, we, as consumers, enter into a balancing act.

With the launch of HBO Now, HBO is teetering between two demographics. Like TechCrunch parent company Aol, which makes a significant portion of its revenue through dial-up, HBO still has a huge base of subscribers who pay the extra $15 to receive that service on top of their usual cable.

These people (we can assume that the majority of them are from older demographics) watch TV the same way that they always have, perhaps recording a few of their favorite shows to skip through commercials. But we can also assume that they enjoy turning on the Cooking Channel, or CNN, or the Weather Channel, all of which took less of a hit in 2014 than ESPN, which we can assume caters to both an older and a younger demographic.

No one can afford to make this shift in one fell swoop, but rather we’ll continue to watch traditional cable providers, media networks new distributors (such as Netflix, Amazon, and Apple) and advertisers test and evolve as they balance our own demand.